The Young Adventurer and The Young Miner
Horatio Alger Jr. 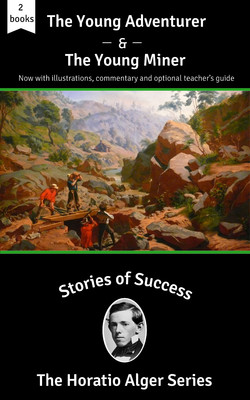 The Young Adventurer and The Young Miner are a two part series that follows Tom Nelson from a small town in the northeast across the country and through California as he seeks his fortune and tries to save his family from destitution.

Also available as individual audiobooks: The Young Adventurer and The Young Miner.