Paul the Peddler, Phil the Fiddler and Slow and Sure
Horatio Alger Jr. 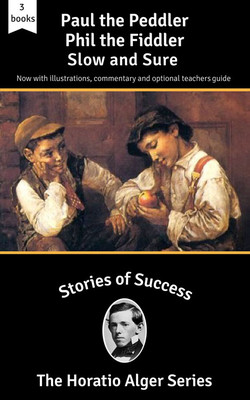 A pivotal unveiling of the harsh realities of the time, this trilogy follows three Italian immigrants from the streets of New York City. These inspiring and vivid stories help shed light on the life of street boys in the city, and the stories become part of a catalyst that will shape America’s legislation and future.