Bound to Rise and Risen from the Ranks
Horatio Alger Jr. 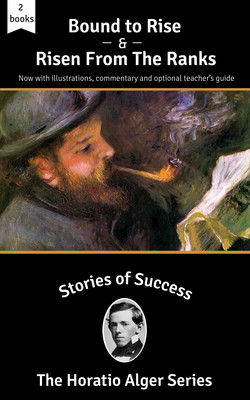 In "Bound to Rise" Harry Walton follows in the footsteps of his hero, Benjamin Franklin, and secures a job at a printing business. Despite various setbacks and opposition from his foe, Harry triumphs because of his hard work, use of his talents and determination to succeed.

"Risen from the Ranks" continues the story of Harry Walton as readers learn of how he made good the promise of his boyhood.