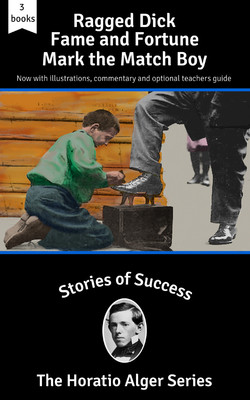 Ragged Dick is Horatio Alger's most notorious short story that helped shaped American identity and shed light on the number and severity of boys living on the street in New York. Read about how Ragged Dick starts out as a street boy and bootblack and eventually pulls himself up by his bootstraps.

Continue the tales to success with Mark the Match Boy as Mark happens to meet Ragged Dick and is affected by his own story of success.