By Bonnie and Bill Neely

Although I grew up only an hour from Newberry, South Carolina, I had never been there until recently. That's when I discovered it to be a charming town that is well worth a visit. The home of Newberry College, the town can boast well-restored historic buildings and many really good eateries.

On the town square we located the best-known of the landmarks, the Newberry Opera House, which is open for daytime tours. Evening and matinee entertainment of all kinds has become so popular that it is a good idea to purchase the reasonably priced tickets well in advance. The performance center has quite a reputation for such a small town. Thanks to its excellent acoustics, everyone who attends an event there continues to talk about it for weeks.

Those attending plays and concerts at the Opera House will also want to make reservations ahead at the popular restaurant Figaro, just across the street. This is a fine-dining spot known for its temping menu that ranges from seafood to beef.

Anyone who likes to browse antique shops will find Newberry to be delightful. Affordably priced valuables from yesterday can be found in several different shops, among them Prissys Newberry Antiques, Euro Lux and As Time Goes By.

The Carter & Holmes Orchid Nursery is a few miles out in the country and well worth the drive. In the many greenhouses you can see thousands of orchid plants, in various stages of growth. The blooms are magnificent — from tiny, inconspicuous pale-colored ones to giant blossoms of brilliant colors. Most times of the year you can purchase plants to take home, and the salespeople will tell you just what to do to keep your orchids blooming year after year.

Another place in Newberry that is not to be missed is the Clarence T. Summer hardware store, a town landmark that has been run since 1928 by Summer family men. Its current proprietor is Bill Shull, grandson of the namesake founder. We wandered around the vast store and saw fascinating items (some dust-covered or rusty) that must have been here since the store opened. The items of yesteryear seem to sell almost as well as necessary modern hardware items, which Bill can find for you somewhere in the amazing maze.

Before leaving with whatever treasures you can't live without, be sure to ask Bill to tell you about his father's 1994 Nobel Prize for Physics. Bill will proudly show the bronze copy of the medal that his dad, Dr. Clifford G. Shull (son-in-law of the founder), received for his research in establishing neutron diffraction techniques at Oak Ridge, Tennessee. You might also ask Bill how he ever manages to take inventory! 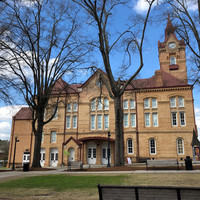 The Newberry Opera House in Newberry, South Carolina, is widely known as the home to top-notch entertainment. Photo courtesy of Bill Neely. 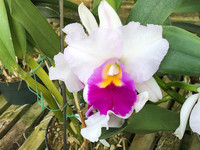 The staff at Carter & Holmes Orchids in Newberry, South Carolina, will teach visitors how to care for the plants they purchase. Photo courtesy of Bill Neely. 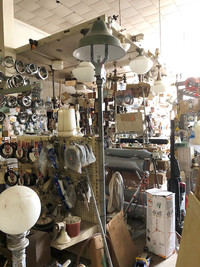 The Clarence T. Summer hardware store in Newberry, South Carolina, has been in business since 1928 and appears to have some of its original inventory. Photo courtesy of Bill Neely.

The Newberry Opera House in Newberry, South Carolina, is widely known as the home to top-notch entertainment. Photo courtesy of Bill Neely.