In a recent column, I wrote about the fantasy presidential candidate of some conservatives — Dr. Ben Carson. In fairness, I must confess that I have a fantasy candidate of my own — one who has even less of a chance of becoming president than Carson. My guy died in 2002.

My fantasy candidate is Harvard political philosopher Robert Nozick, who was most famous for his work "Anarchy, State, and Utopia," published in 1974 and declared, by the Times Literary Supplement, to be one of the 100 most influential books since World War II.

Nozick, in that book, was responding to his philosopher colleague John Rawls, whose "A Theory of Justice" was seen to provide a philosophical justification for the welfare state. Nozick argued, "The state may not use its coercive apparatus for the purpose of getting some citizens to aid others, or in order to prohibit activities to people for their own good or protection."

He became a hero to many on the political right for his views, but he was a hero to me for how he presented them. In Nozick's words, his book was not a "political tract" but an "exploration of issues."

He wrote: "One view about how to write a philosophy book holds that an author should ... present to the world a finished, complete, and elegant whole. This is not my view. At any rate, I believe that there also is a place and a function in our ongoing intellectual life for a less complete work, containing unfinished presentations, conjectures, open questions and problems, leads, side connections, as well as a main line of argument. There is room for words on subjects other than last words."

That got my attention — for both its substance and its style. But then Nozick went on to write a passage that sent me instantly off to find someone to read it to — and has stayed in my head for more than 30 years:

"One form of philosophical activity feels like pushing and shoving things to fit into some fixed perimeter of specified shape. All those things are lying out there, and they must be fit in. You push and shove the material into the rigid area getting it into the boundary on one side, and it bulges out on another. You run around and press in the protruding bulge, producing yet another in another place. So you push and shove and clip off corners from the things so they'll fit and you press in until finally almost everything sits unstably more or less in there; what doesn't gets heaved far away so that it won't be noticed. (Of course, it's not all that crude. There's also the coaxing and cajoling. And the body English.) Quickly, you find an angle from which it looks like an exact fit and take a snapshot; at a fast shutter speed before something else bulges out too noticeably. Then, back to the darkroom to touch up the rents, rips, and tears in the fabric of the perimeter. All that remains is to publish the photograph as a representation of exactly how things are, and to note how nothing fits properly into any other shape."

Nozick reflected: "Why do they strive to force everything into that one fixed perimeter? Why not another perimeter, or, more radically, why not leave things where they are? What does having everything within a perimeter do for us? Why do we want it so? (What does it shield us from?)"

It's not that Nozick wasn't passionate about his views; it's that he knew his knowledge was not complete. He did not see it as his job to settle everything. Nor was it his job to keep quiet if his views were only partly worked out. Instead, he offered it all up — "the doubts and worries and uncertainties as well as the beliefs, convictions, and arguments."

He acknowledged that his book was not a full treatment of the philosophical challenges he took on, so he wrote, "Perhaps this essay will stimulate others to help."

There is little for me to add to Nozick's views except to say that the focus of his brilliant lament applies more broadly than he said. Every trick of the philosopher's trade mocked by Nozick is practiced daily by politicians of every party — and with greater public harm. Every partisan has a story, and a storyline is the beginning of distortion.

If politicians could debate policy with all their "doubts and worries and uncertainties" in the hope that others would help, imagine the world we could have. 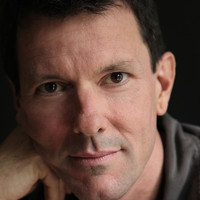