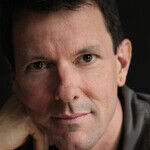 If Tom Rosshirt had been a great athlete, Tom Rosshirt would have spoken of himself in the third person. Alas, I was not (even close). Instead, I moved to Washington 20 years ago with the goal of working in politics.

Timidly, I entered every one of 56 Senate Democratic offices, raised my hand until I was called on, and then handed the receptionist every newspaper column I had ever written (three) and a letter declaring: “will write for free” -- my standard fee at the time.

After some hurtful exchanges, including a phone call with Lloyd Bentsen’s press secretary -- who said, “You could always learn to type” -- I became an unpaid intern in Sen. Tom Harkin’s office, where I learned to fax.

Shortly after, I was hired as press secretary for Rep. Kweisi Mfume, who later became president of the NAACP. Rep. Mfume took my first-ever speech to the podium, rolled it into a cylinder and used it to beat at the air like a baton. “Nice speech,” he told me.

In 1997, I was hired as a domestic policy speechwriter for Vice President Al Gore and, shortly thereafter, became his foreign policy spokesman -- traveling with the VP to places like London, Davos, Kiev, Cape Town, Moscow, Kuala Lumpur and Charlotte.

One day, I met with the VP before a CNN interview to brief him on the latest in allegations that the Chinese had stolen nuclear secrets from Los Alamos. During the interview, Wolf Blitzer must have asked the vice president who had created the Internet or something. I had not anticipated this line of questioning. I am sorry for what happened.

As the 2000 campaign loomed and our second child was born, I left the position of “the-guy-in-charge-of-announcing-that-Gore-is-not-responsible-for-corruption-in-Russia-and-AIDS-in-Africa” and instead took refuge in the calm of the National Security Council, where I wrote foreign policy speeches for President Bill Clinton.

In 2001, I joined Clinton speechwriters Jeff Shesol and Paul Orzulak in starting West Wing Writers, a Washington-based writing and communications firm. President Clinton was our first client. At West Wing, I wrote, strategized and managed crises for famous people engaged in good causes. In 2009, I left West Wing for the life of a sole practitioner (and to spend more time with my family, whether they like it or not). I consult with businesses, foundations and nonprofits.

When I was young, I was a high-school teacher and coach. Before I was young, I went to Notre Dame and majored in philosophy. I later got a master's degree and began a doctorate at the Harvard Graduate School of Education, where I pursued an independent study of lofty psychological and spiritual states -- none of which I have ever achieved.

I have two occasionally wonderful children and have been married to their beautiful and talented mother since 1989. I have asked permission to publish her name here: (Name withheld by request.)

That’s it. No embellishing. I’ve given up all hope of a better past. 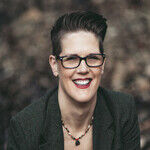 Earlier this month, I traveled down to Texas to visit my dad. Twenty years after buying the house that he and my mom lived in after retiring, he's moving. The house is much the way it was when my mom died four years ago, except for a few things &mdas... Read More

As news came out Friday on the background of the suspects in the Boston Marathon bombings, TV commentators were speculating that the two young men had been "radicalized." The more salient question is whether they will radicalize us. Twelve ... Read More

Former British Prime Minister Margaret Thatcher, who died April 8 in London at the age of 87, was often quoted as saying, "No one would have heard of the good Samaritan if he hadn't been rich." The actual quote, given in a January 1980 tele... Read More

In a recent column, I wrote about the fantasy presidential candidate of some conservatives — Dr. Ben Carson. In fairness, I must confess that I have a fantasy candidate of my own — one who has even less of a chance of becoming president t... Read More