The season of spring is a state of mind, man, can you dig it? Most people would have you believe the actual end of winter is on the spring equinox. Equinox? Do I look like a dictionary?

I realize spring starts on March 20, but by the time the lovely month of March rolls around each year my mood changes faster than Ohio weather. A lot of people think I am strange because I call March 1 the unofficial first day of spring, but if life has taught me even an ounce of truth it has taught me most people are morons, myself included.

The very same morons who — for whatever reason — rely on an oversized rodent to magically forecast the measure of time it will take for spring to come to pass. Or if not a furry varmint plucked out of a wooden box in Pennsylvania then the furry varmint on the local news station who routinely misdiagnoses the five-day forecast.

To me the term meteorologist is just a contemporary word for soothsayer. Practicing meteorology should be a felony offense and punishable with hard labor, weather permitting.

I am utterly convinced every weather man or woman out there today is nothing but a self-loathing misanthrope bent on spreading fear and pessimism. Most of them get more excited about inclement weather than I do about the prospect of eating a seven-topping pizza with extra cheese. It isn't normal.

If I want the weather I don't turn on the television. I look out my window. There could be a guaranteed chance of a foot of snow, but so what? Unless the forecast calls for a 100 percent chance of money raining down from the sky, I still have to drive to work the next day.

So I don't pay attention to the calendar when it comes to the "official" start of spring because spring to me is a state of mind, baby. Get on board or get left behind, my friend. By the time March 1 comes knocking I know that winter has been read the riot act. It might snow beyond the first day of March, but by then winter is nothing more than a chicken with its head cut off: running around like crazy, but about to keel over and die for good.

Winter prevents rational thinking and the cold weather dulls the more endearing emotions of humankind. Happiness, hopefulness and pride crumble in the face of mounds and mounds of snow, sleet and slipperiness in the wintertime. Cabin fever always begins to mount and the increased darkness of the season can make even an especially optimistic individual depressed and morose.

They have a word for that and the more esteemed members of society refer to it as seasonal affective disorder. A clinical psychologist would define it as a normal person feeling inexplicably depressed in the winter. In layman's terms, it means it snows so much that I want to shoot myself with a gun in the stomach to ease the pain.

So I say, bring it on global warming. I'm ready for you. The only question is: are you ready for me?

Because come March 1, I spring to life. 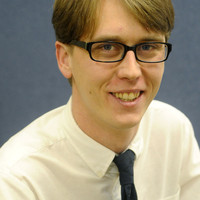