No, dear readers, this has nothing to do with exercises. At least not the physical kind. This has to do with attitude and making a relationship (of any kind) run smoothly, with very (very) few flare-ups. That's got to be of interest, since this is a world of many voices and too little calm, rational compromise.

That C word used to bring terror to women in those heady days of bra burning. All men were the Enemy, and the slightest amount of give-and-take with one of Them was to wave the white flag, thereby saying farewell to our long-slumbering dream of equality/personhood/independence. To show men our seriousness, we took the pads from our bras and put them into what was to be our workday uniform: severely tailored suits designed to suppress the best of us ... again! Here we were, doing all we could to take a stand for equality, and what was the outcome? We were doing all we could to become a clone, a sexless cardboard image of the very gender we were accusing of standing between us and primary personhood. In our rush to equality, we were trampling on the very best parts of us. Self-defeating, I'd say. And not well reasoned.

Not all men are the Enemy. Certainly, very few are Oppressors. In fact, most of them want to be friends with us. And they send all sorts of weird signals to that effect, most of which we ignore out of fear, misunderstanding or — admit it — vestigial hostility. (In the same way our appendix is a holdover from way back when, female anger hangs around as the No. 1 mischief-maker in the ongoing battle of the sexes that shows every indication of winding down.) And we need to take the time to notice the ones who are on our side. Think about it. A man who really regards us as a person rather than a sex object isn't going to squelch our strivings. He'll actually invite our individuality to bloom. And I for one have made that the new criterion in romance. It's not exactly the chemical rush of lust, but physical attraction as the guide to a soulmate has been a disappointment. To use stronger terms, it's fallen flat on its face. (Have you checked out divorce stats lately?)

And even in many marriages still considered to be working, resentment is at toxic levels. There has to be a better path to harmony.

It's on its way, coming from women. You and I, back to wearing bras and flouncy skirts because they feel a lot better. Their softness and flexibility are more comfortable for the long pull. (Even our work suits have softened) Which brings us full circle back to bending. We've learned a lot, you and I. We've seen how far our innate ability to create consensus has brought us. It's done wonders in our work life, but are we really confident enough to meet our former enemies halfway, to bridge our differences without yielding our identity? I think we are, we're getting better at it and we will continue to do so.

The metamorphosis we have engendered is bringing both sexes toward our common goal of mutual and reciprocal bending. We're giving up in small increments the rigid defenses born of fear. We're actually relaxing them, not because we're weak but because we have confidence in ourselves (a primary strength) and our abilities. We have faced down the enemy, and it was us ... our unsureness, our deep-rooted fear of joining a love partnership as an equal. We struggled so hard and so long to be recognized as equals, but at zero hour, we cringed. Well, no more of that. We've waved bye-bye to our demons, and we stand ready to move on. Who knew bending could build such muscles?!

We've uncovered another treasure trove of "Single File" paperbacks — in perfect condition, signed by Susan, ready to enjoy. Send $15 and your address: Susan Deitz, c/o Creators Syndicate, 737 Third St., Hermosa Beach, CA 90254. Have a question for Susan? You can reach her directly at [email protected] 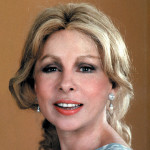