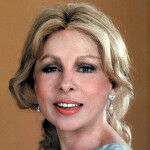 Catapulted into single life as a young widow and single parent, Susan Deitz's unusually deep understanding of her new world was about to be born, a course in undependence (her term for the wholeness needed for a full life) unlike any she had known at Smith College. Totally unprepared for life without a mate, her nights were battles with fear and the dreaded what-ifs. But when those tigers retreated, each new dawn found a more confident woman. On her own, living out her singleness, she was using her own judgment to make decisions for her little family -- minor perhaps in the wider world but crucial for her small family. And they proved to be good ones. From those years of life lessons learned the hard way came a lifework and the world of Single File.

The sun of this universe is the syndicated advice column Single File. Featured for two decades by the Los Angeles Times Syndicate, the column has been part of Creators Syndicate for a decade.

--Was the singles expert for six years for the Prodigy online service.

--Co-authored (with Robin Moore, who wrote "The French Connection") "Valency Girl," a factional book about her experiences with Charles Revson of the Revlon cosmetic empire.

--Gave seminars in her original curriculum, "The Art of Living Single," as a part-time professor at The New School in New York.

--Designed, created and conducted a national survey of 1,900 people on single sexuality.

--Wrote a second book, "Single File," which was published by St. Martin's Press and was a Joan Kahn book. It went into second printing and a paperback edition.

--Oversees a popular blog for the column on creators.com.

--Is preparing to make her material available as an application on an electronic device.

--Sends readers (free for the asking) parchment copies of her Declaration of Undependence, Sexual Bill of Rights, and Emancipation Proclamation. 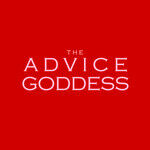 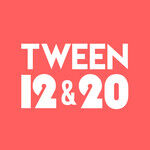 The Declaration of Undependence Jan 13, 2021

More than 100 million strong — and soon to gain majority status in America — the unmarried community affirms its undependence with this Declaration of Undependence. I RESOLVE to think for myself in all situations rather than allow anyone... Read More

The unmarried are in the middle of a global revolution, largely unheralded by our media, that has, with unerring grace and dignity, moved most of the world's developed countries to adopt laws giving them broad protection and rights. It is sad irony t... Read More

DEAR SUSAN: You seem to have strong opinions about abstinence. It's important, but does it deserve so much attention? DEAR BLOGGER: In a word, yes. Abstinence is in the same league as virginity (which can be renewable, but that's for another column).... Read More

DEAR SUSAN: You write about the rough spots of single life. For me, it's loneliness. Even when I'm out with my girlfriends, I feel something is missing. Is it a man? Or something I'm not doing? DEAR BLOGGER: One of the great ironies of this thing ca... Read More