People with Type 2 diabetes who eat a diet high in salt face twice the risk of developing cardiovascular disease as those who consume less sodium, according to a new study published in the Endocrine Society's Journal of Clinical Endocrinology & Metabolism.

Diabetes occurs when there is too much sugar in the bloodstream. People develop Type 2 diabetes when their bodies become resistant to the hormone insulin, which carries sugar from the blood to cells.

According to the U.S. Centers for Disease Control and Prevention, about 29.1 million Americans have some form of diabetes. This population is at risk for heart disease. Between 2003 and 2006, cardiovascular disease death rates were about 1.7 times higher among adults diagnosed with diabetes than those who were not, according to the CDC's 2014 National Diabetes Statistics Report.

"The study's findings provide clear scientific evidence supporting low-sodium diets to reduce the rate of heart disease among people with diabetes," said the study's author, Chika Horikawa, Registered Dietitian with the University of Niigata Prefecture in Niigata, Japan. "Although many guidelines recommend people with diabetes reduce their salt intake to lower the risk of complications, this study is among the first large longitudinal studies to demonstrate the benefits of a low-sodium diet in this population."

The nationwide cohort study surveyed participants in the Japan Diabetes Complications Study who were between the ages of 40 and 70 and had been diagnosed with diabetes. Participants were identified at 59 outpatient centers and universities across Japan. In all, 1,588 people responded to a survey about their diets, including sodium intake. The researchers reviewed data on cardiovascular complications participants experienced over the course of eight years.

Researchers divided the participants into four groups based on their sodium intake. The analysis found people who ate an average of 5.9 grams of sodium daily had double the risk of developing cardiovascular disease than those who ate, on average, 2.8 grams of sodium daily. The effects of a high-sodium diet were exacerbated by poor blood sugar control.

"To reduce the risk of developing cardiovascular disease, it is important for people who have Type 2 diabetes to improve their blood sugar control as well as watch their diet," Horikawa said. "Our findings demonstrate that restricting salt in the diet could help prevent dangerous complications from diabetes."

Q: Over the winter I started including bean-based dishes in meals more often, but what can I do with beans in warm weather beyond endless bowls of three-bean salad?

A: You've found a great way to expand your plant foods repertoire with bean dishes. Dried beans — kidney, black, navy, garbanzo and many more — offer great nutrition at a low price and are flexible enough to include in a wide variety of dishes. Perhaps during cold weather you enjoyed them in casseroles and hearty soups and chili, but beans are great additions to warm weather meals, too. First, expand your vision of bean salads. Combine beans with tomatoes, peppers and other ingredients as you create salads flavored in Greek (with olives and lemon-based dressing), Mexican or Cajun style, for example. Pasta salads can be delicious with beans added; or if you've already got whole grains elsewhere in your meal, take your favorite pasta salad and swap out the pasta, using beans instead. You'll have a high-fiber dish with flavors you already love, and with enough beans, you'll transform it into an easy main dish. Don't rule out soups simply because of warm weather: Light summer soups that highlight seasonal produce can become a main dish with the addition of beans. Beyond those staples, make hummus-like dips for vegetables and sandwich spreads by blenderizing black beans and garbanzo beans with flavors of your choice (I like to go heavy on garlic). Burritos are a natural place to enjoy beans instead of meat, mixed with meat or as an additional option. In short, there are just as many great ways to enjoy beans in warm weather as in cooler months. Have fun thinking "outside the box!"

Information courtesy of the American Institute for Cancer Research.

Here's a great summer recipe to beat the heat as well as have a satisfying meal. It's from Eating Well magazine.

Preheat broiler to high. Coat a broiler-safe pan with cooking spray. Sprinkle steak with cumin, 12 teaspoon salt and pepper. Place on the prepared pan and broil, turning once, until a thermometer reaches 130 degrees for medium rare (3 to 6 minutes per side). Let rest for 5 minutes. Thinly slice across the grain, then chop into bite-size pieces. Meanwhile whisk sour cream, oil, vinegar, chipotles to taste and the remaining 1/4 teaspoon salt in a large bowl. Transfer 4 tablespoons of the dressing to a small bowl. Add romaine, corn and avocado to the large bowl; toss to coat. Divide the salad and tomato wedges among 4 plates. Top each with cheese, the chopped steak and 1 tablespoon of the reserved dressing. Serves four, about 2 cups salad each. 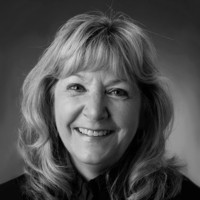