Q: My car is now 10 years old and has an occasional problem but mostly suits my needs. I've had to bring it in for repairs a few times, but my mileage isn't as high as you'd expect from a car so old.

I recently had my car towed to the dealership after having some problems with the engine. The dealership quoted me for an expensive repair and tried to sell me on a new lease.

I'd rather fix the one I own outright — I don't drive that much, and my driving is getting worse.

On top of that, the dealership's attempt to sell a new car made me suspicious of its motives. When helping me, my son has complained about this dealership, saying that it price gouges and suggests unnecessary repairs.

How can I avoid getting ripped off with car repairs?

A: Avoid the dealership unless it's a highly specialized problem.

Dealerships may have talented staff experienced with your vehicle, but they generally prioritize sales and can inflate the cost substantially.

Automatic repair authorization can especially end up costing you a lot. Instead, ask the repair shop to contact you with a revised quote before changing the plan.

Shop around for quotes instead of accepting the first offer. Asking multiple repair shops for their estimate can give you a ballpark of how much the repair should cost.

If the task seems daunting or confusing, ask for help from someone you know who's more knowledgeable about cars. A second opinion can give you some perspective.

Q: My wife has been depressed for many years, and aging seems to have worsened her mood. I've done my best to support her, but we both agreed that she needed more help.

Our doctor ended up recommending a psychiatrist, who prescribed antidepressants.

Unfortunately, the meds haven't been as effective as we'd hoped. She's been on them for a few weeks, with no major positive change.

How can my wife deal with her depression more effectively?

A: Acknowledging an issue and seeking help will put your wife on the right path.

Keep in mind that an enduring problem will take time to heal. Dealing with a mood disorder takes a long time and can be disruptive in the short term.

Additionally, antidepressants don't work immediately. Many common medications require an adjustment period of four to six weeks. Beyond that time period, the medication should have some effect. If not, your wife should contact her psychiatrist and discuss an alternate option.

Medication isn't a panacea but only one form of treatment. Don't expect the problem to fix itself. Working on depression requires further work and lifestyle changes.

Seniors are especially vulnerable to depression and are increasingly prescribed antidepressants. Given how common it is, you can consider looking for resources and support groups nearby.

On top of treating the symptoms of your wife's depression, address the contributing factors. Loneliness and stress over time are two of the most prominent causes for depression in seniors. Common ones are lack of interaction with people or dysfunctional relationships.

For your part, continue to be supportive and suggest healthy life choices. You are your wife's best advocate! — Doug 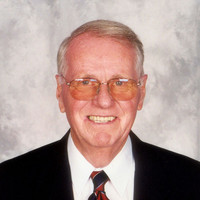