They Do It Right in Branson, Missouri

OK, I know not everyone believes in the Loch Ness Monster, the Easter Bunny or even Santa Claus, but everyone believes in Bigfoot, right? Right? I know this because I've actually been to his very own park in Branson, Missouri, dedicated to all things related to the big hairy guy. It's hard to argue with that much information.

As we embarked on our Exploratory Expedition at Bigfoot Fun Park we were forewarned that we would be seeing a large hairy beast during our very off-road tour of the rural Ozarks. The voice of an English-sounding narrator who's been searching for Bigfoot for decades was piped in warning us not to exit even if threatened, not to shoot firearms and — the most damning of all — not to go on social media.

We finally got to the farm where he had last been sighted. We heard gunshots in the distance and saw broken branches, claw marks on trees and large footprints evident in the mud. Audible screams, growls and smells permeated our psyches. And ahead, hairy beast indeed there was — about two dozen of them — a whole herd of Scottish Highland cows. The huge bovine creatures with mangy red fur covering their faces could all have been Bigfoot except that they walked on four legs. Red herring No. 1.

Our search continued with many more signs that we were on the right path, the narrow, rocky road as harrowing as any of the more challenging rides in Branson, but more on that later. Then all of a sudden — loud crash, convincing growl, two huge hairy legs in sight — but that's as much as I can say. There's just so much Bigfoot is willing to have revealed.

Our further exploration continued throughout Branson, which our unknowing selves had relegated to a somewhat hokey country music venue. Were we ever wrong! Not only is there a widespread wealth of things to do in Branson, but everything they do is done well. (My apologies to anyone who might actually think that Bigfoot himself is a tad hokey.)

Let's begin with one of the main attractions. Silver Dollar City, started in 1959 by Hugo and Mary Herschend and still owned and run by sons Jack and Pete, shatters all expectations of amusement park everything — park theme, rides, entertainment and food. First you're transported back to the 1880s, designated by the sign at the entrance: "You Have a Great Past Ahead of You." And indeed, it's an 1880s living-history venue with workshops ranging from pottery and glass-blowing to woodworking and candle- and soap-makers, operating in real-time. These are not demos for the tourists but rather producers of products used to sustain the community. Park plates are made by the potters, nails by the blacksmith, wooden carousel horses by the woodworker.

Silver Dollar's most recent Guinness Book world record-breaker is the Time Traveler, the fastest, steepest and tallest spinning coaster in the world. The fact that it turns upside down three times is just a bonus. The amusement park rides break records frequently.

The entertainment is nonstop and of a vast variety. The most mesmerizing for me were amazing feats of acrobatic skills, juggling and other choreographed wonders that I couldn't possibly imagine I was watching. There were light sabers and strobe lights, large rings and body parts twisting in ways you could never fathom — and of course, and they also involved fire. I spent the hour shaking my head in disbelief, hypnotized by the athleticism, creativity and mind-blowing wonder at this random act in a Branson theme park. And then there were the pogo-stick riders and the speed painter. Speed painter? Don't ask.

And let's not forget the food. No traditional funnel cakes here. Many of the edible offerings are created and prepared onsite exclusively for Silver Dollar City and often come from recipes handed down through generations. Succotash, okra and sausage skillet anyone? And by the way, the skillet is 5 feet wide and of course was made by the blacksmith. How about a waffle cone made from fortune cookies filled with bang bang shrimp — new this year. And yes, of course, there are fortunes attached to the cones.

Further surprises awaited outside Silver Dollar City. I've had more than my share of butterfly visits, but this was the first time I was told ahead of time to wear red. Why? Because butterflies love red, so instead of weaving and roaming above your head they alight on everyone's clothes, often for an extended stay. This is up-close-and-personal butterfly country. And getting spot-checked by a TSA-wannabe as we left to make sure none of the residents was hitchhiking its way out was also new. Again, whatever Branson does, it does well.

There's also the Showboat Branson Belle Riverboat Cruise, which I would have loved to disparage if I weren't so busy having a good time. And the Titanic Museum, an intensely moving re-creation of the tragedy; the iconic Chicago Pier Ferris Wheel recently transported to Branson; a go-kart racetrack more reminiscent of a mini-Daytona 500 than the usual kids' attraction; and dozens of other adventures and entertainment mediums to appeal to every taste. And at the risk of repeating myself, they are all done well. 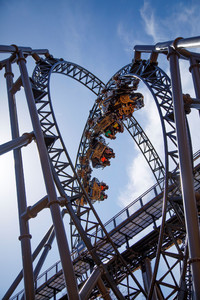 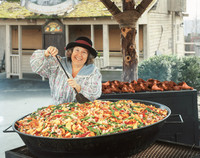 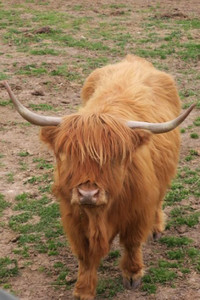