Why Aren't All the Dressing Rooms Open?

The little things, we took them for granted.

Wandering the aisles of TJ Maxx. Loading up on $12.99 linen pants you're positive recall Sophia Loren on the Amalfi Coast. Turning to the fitting room where an attendant counts your hangers: thwip, thwip, thwip . Taking two hangtags because you must try on 17 items in a single visit.

But while restrictions relax as vaccines increase, some dressing rooms remain closed. That was the case last weekend at TJ Maxx. Shoppers crowded in aisles, some maskless, pulling breezy summer tops over their lumpy clothes. Stressed parents told kids to just pick some shorts. You know the tone!

Major retailers, including Target, Walmart and Kohls, have reopened fitting rooms. The International Council of Shopping Centers doesn't keep data on how many stores have opened dressing rooms, but a spokesperson said it depends on state regulations.

Dressing rooms are still closed at stores like Burlington and Forever 21. An employee at TJ Maxx said changing rooms are supposed to open in late June. Someone at Marshalls, TJ's sister store, had heard the same thing. Officially?

"We don't have any changes to announce at this time regarding our fitting rooms," TJX brand's spokesperson Andrew Mastrangelo said Monday.

If everything else is open, why aren't dressing rooms? It's hard to ask without sounding anti-masky and weird. Erring on the side of caution is always preferable, and some protective measures are done in a community, public health spirit.

But is trying on pants really that risky? The Centers for Disease Control and Prevention has long said surfaces are not a major coronavirus carrier; it primarily spreads through the air, droplets and hand-to-face contact.

Fitting rooms are more socially distanced than the Lollapalooza at the register. And taking clothes home to try on seems counterproductive. Once you realize those pants are more SpongeBob than Sophia, you have to spend more time inside returning them.

So many velvet curtains of logic to open! Whenever I think I know the answer to something, I consider that maybe I'm an idiot. I called Jay Wolfson, a professor of public health at the University of South Florida, for an expert opinion.

Some people aren't yet comfortable going back into tight, closed spaces, he reminded me. If you stood outside a dressing room and heard coughing and sneezing, would you want to go in next? Maybe not. How much wiping should happen? How does the attendant stay safe?

"I'm still sensitive about keeping my distance and avoiding closed spaces where I go," said Wolfson, who is vaccinated. "What we don't know is greater, to a degree, than what we do know with this disease."

Plus, he said, there's a societal context to consider. Human behaviors have changed, and employees have not had to marshal customers in the old ways. Stores may still be getting a handle on things such as inventory counts and shoplifting prevention.

We can agree that, in the scope of dreadful things, this is just an inconvenience. Soon, we'll forget we ever talked about this and will be back standing in front of triple mirrors in a cocktail dress and gym socks.

In the meantime, I, SpongeBob, have some pants to return. 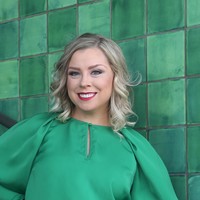