I didn't think there was a scrap of unreported information remaining on ANY Porsche, yet "My Porsche Book: The Iconic 356s" is a weighty hardback that focuses solely on the first-generation 356 model.

Author and photographer Rene Staud has connections that have put him in the right place at the right time to get access to some of the significant cars and collectors to build this book. Staud's bio is almost a resume for the "The World's Most Interesting Man." There are 12 half pages at the beginning of the 242-page book that chronicle his life, telling the story of a lad working with his dad in the family woodcarving business and his fledgling interest in photography. It wasn't so much luck as it was preparedness-meeting opportunity that provided some interesting life steps that led from car detailer to photographer to adman and back to full-time photography.

His admiration of the 356 is evident. The photography isn't the usual lust of mechanical details or the lovely swoop of a fender. Using his advertising background, the images are more like product shots, staged to showcase car and its placement. And there are some engaging associations, such as with vintage airplanes, Alpine locales, collector's garages and studio fashion poses.

But most of the images are dark, almost brooding to set some kind of tone, of which I'm not certain. The book format doesn't do the images justice. These photos would best be enjoyed as a gallery display — with the book as a take-home from a fabulous experience and memory.

Even the most grizzled, busted-knuckle, octane-fueled enthusiast has a soft spot for a forgotten brand or nameplate, aged and worn, parked and neglected to settle into the ground on flat tires and rusty memories. That love and hope springs eternal in two new barn-find coffee-table books from Motorbooks.

"Barn Find Road Trip" is the latest from Tom Cotter, who has authored such chronicles of grime-scene investigations as "Corvette in the Barn," "Cobra in the Barn," "Hemi in the Barn," "Vincent in the Barn" and "50 Shades of Rust." The subtitle of "Road Trip" explains the format: "3 guys, 14 days and 1,000 lost collector cars recovered." And 10,000 photos later.

Day by day the discoveries are documented in 14 chapters with photos and a yarn. Some days were more prosperous than others, Cotter says, "but every day was memorable." And remember, "they're still out there."

Author Ryan Rutt wasn't a born car enthusiast, his dad was. Fate intervened when Rutt was swapping out a cassette player in his 1990 Ford Taurus wagon. It was in that shop where he spied something buried between the two work bays: a 1971 Plymouth 'Cuda. It was the spark that changed his life and hooked him on muscle cars.

His catharsis is stitched together in "Amazing Barn Finds and Roadside Relics: Musty Mustangs, Hidden Hudsons, Forgotten Fords, and Other Lost Automotive Gems." The snapshots and stories will hurt the heart of car lovers and then tug at those same heartstrings.

Chapter one, "Not for Sale," is familiar to many of us. Rutt writes: "You're driving through the countryside and catch something out of the corner of your eye: The taillights of an old car peeking from beneath a tarp. You back up and find the driveway. Maybe the car is something really great. You want to take a look.

"You pull up to the house and do the polite thing by knocking on the door. You wait a few moments and then the owner swings the door open and looks at you. He's a crusty guy, and he knows why you're here. He's been through this before.

But that doesn't stop Rutt — or us — either.

Other chapter titles include: "Rode Hard and Put Away Wet," "Too Fast to Live, Too Young to Die" and "The Patient Cannot Be Saved."

Be still my heart.

Schorr was an automotive journalist and photographer in the 1950s and '60s, which paralleled Ford's golden era of high performance and motorsports, he says. For this book, he was able "to connect and reconnect with people, cars and priceless experiences from my youth spent as a hot rodder in New York City and as an automotive journalist." Research for this book helped illuminate more of the back-story that was a little too hot to touch at the time.

Schorr packs 12 chapters into 208 pages with 133 color and 215 black and white photos. There is a lot of history brought to life. This is a book to read and learn from, not just flip the pages for the cool cars. But, wow, there are some powerful black and white images. And the names bring back racing memories: Gurney, Shelby, Bunkie, Cale, Junior Johnson, Parnelli, Tasca, Stroppe and even Don "The Snake" Prudhomme gets a mention.

Panteras, Tigers, Snakes and Gurney-Eagles, oh my! When the smoke clears, Schorr has steered us through the best of times and the worst of times.

Ford Motor Co.'s GT40 race program at the 1964 24 Hours of Le Mans was a campaign of do or die a thousand humiliating deaths. The ego of Henry Ford II was ready to be bathed in a big checkered flag at the defeat of Ferrari, but there were complications. Ford had "assembled an armada of six cars, sleek and immensely powerful prototypes that were the fastest and most sophisticated sports cars ever built." Off to a strong start, each eventually failed with none finishing. But Ford would be back.

There are many books that have exhaustively chronicled Ford's Le Mans campaign, but the new "Ford GT: How Ford Silenced the Critics, Humbled Ferrari and Conquered Le Mans" has a different focus, says author Preston Lerner, with photography by Dave Friedman.

Their story is a "single narrative that encompasses the people, the politics, the technology, and the racing behind the factory-supported program that culminated in back-to-back wins at Le Mans in 1966 and 1967," writes Lerner. It is not a comprehensive history of the GT40.

Lerner is an inspired writer, a wordsmith who never muddies a thought with a cliche, just his original storytelling. The period photography is stunning, soulful and each photo a complete story, with excellent captioning. 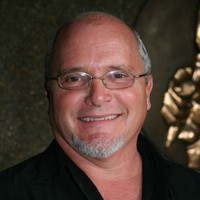