Well-Being Is Sinking, But You Can Rise Above It

There are January clearance sales going on all over town, including my own desk. Near the top of one precarious pile of papers is an eye-opening column by David Brooks, the famed political columnist for The New York Times.

"We're enjoying one of the best economies of our lifetime," it starts off, and then drills down into a subject I call my own: the art and science of well-being. In Brooks' case, the emphasis is on politics.

The well-being of most Americans is being crushed, Brooks reports, citing research from the Gallup-Sharecare Well-Being Index. (Could that research be hiding under the very same pile?)

"Last year turned out to be the worst year for well-being of any since the study began 10 years ago," Brooks writes, calling this time in America "a straight-up social catastrophe."

Did you get that? Your well-being isn't about how much you weigh or how many push-ups you can do. It's broader than that, and more basic than that. In a minute, we'll get to three ways you can dramatically improve your own well-being without waiting for the wall to be built or the stock market to rebound.

But first, let's get educated. Why does the politically conservative David Brooks think our collective well-being is sinking so far so fast?

"Part of the problem is Donald Trump," he writes. "People can't feel good about things when they think the country is disastrously run."

Another part of America's well-being crisis involves educated young people who graduated from college loaded down with debt and then ended up with jobs they don't like — that pay much less than they expected.

But even that isn't the main reason our well-being suffers.

"The biggest factor is the crisis of connection," he concludes. "People, especially in the middle-and working-class slices of society, are less likely to volunteer in their community, less likely to go to church, less likely to know their neighbors, less likely to be married than they were at any time over the past several decades.

"In short, they have fewer resources to help them ride the creative destruction that is ever-present in a market economy."

As a result, Americans are dying in record numbers, Brooks reports. "The Centers for Disease Control and Prevention reported that life expectancy in the United States declined for the third straight year.

"This is an absolutely stunning trend," screams Brooks. "In affluent, well-connected societies, life expectancies rise almost as a matter of course."

So now what? We'll have to see what 2019 brings, but here are three courses of action you can take right now:

—FIND YOUR COMMUNITY. If loneliness is killing us — and it is — make 2019 the year you connect to people who support your values and your interests and inspire a felt sense of joy. They're out there, waiting for you to join their yoga class, sing in a chorus or clean up a local playground.

—STRENGTHEN RELATIONSHIPS. Your well-being suffers when you try to go it alone. Find a few friends —a few is plenty — and deepen your relationships. Listen more, confide more, work harder at being a caring friend yourself. If this means signing up for empathy training, do it!

—FIGHT FOR FREE MEDICAL CARE. One of the biggest, cruelest threats to your well-being is America's health care system. It makes most everyone feel financially insecure and is a major cause of stress and bankruptcy.

It doesn't have to be that way. The U.S. is at the edge of change, and it will take your voice, your vote, to switch from a system that profits insurance and drug companies to a national health care system, like every other civilized nation in the world.

Call it single-payer, Medicare-for-all or universal health care. The name isn't important. What is important is that the well-being of every American would skyrocket if health care were "free" — i.e., figured into the tax system, just as we do other essentials such as roads and fire departments and police.

So much for the ongoing, unsettling politics of well-being. Back to 100 reasons to exercise next week.

"Each of us can be happier, and America will start to heal, when we become the kind neighbors and generous friends we wish we had." — Arthur Brooks (no relation to David)

Marilynn Preston is the author of Energy Express, America's longest-running healthy lifestyle column. Her new Amazon best-seller "All Is Well: The Art {and Science} of Personal Well-Being" is available now on Amazon and elsewhere. Visit Creators Publishing at creators.com/books/all-is-well to learn more. For more on personal well-being, visit www.MarilynnPreston.com. 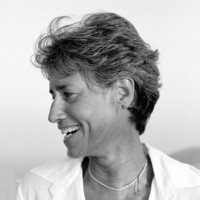