The Useful Life of Spices

When I packed up my kitchen for our big move a few years ago, I was embarrassed to discover what I had accumulated in the spice drawer.

I'm pretty sure there were a couple bottles in there that were certified antiques, predating the Nixon administration. And that ground allspice? I think the "sell by" date was 50 A.D.

The useful life of spices and dried herbs varies, but you don't have to worry about them going bad like other foods. The problem is, however, they can lose flavor, which is the reason we use them at all.

A bottle of curry powder you've had for an untold number of years won't make you sick. But it won't be as potent and flavorful as when it was fresh. Spices, especially once ground, degrade over time.

As I researched to get to the bottom of this question, I found a reference to an unsupported rule of thumb floating around out there that says we should use or toss herbs and spices after six months. What?! That seems a bit short to me. I sure can't afford to purge my spice drawer twice a year, which prompted me to check with more reliable resources.

The folks at McCormick, who put a "best by" date on their products, offer these more-generous-than-every-six-months guidelines:

Seasoning blends, marinades and sauces: one to two years

Seeds: four years, except for poppy and sesame seeds, which should be discarded after two years

Extracts: four years, except for vanilla, which will last forever

According to Morton, regular table salt won't expire, but the addition of other factors — like iodine — changes the equation; iodized salt will last for about five years.

The folks at Domino say that sugar, because it cannot support microbes, has an indefinite useful life.

Clabber Girl baking powder comes with an expiration date on the bottom of the can, which is two years after the date it was manufactured. But the company goes on to warn that baking powder can quickly lose its ability to leaven if it encounters moisture. In a fairly humid area, baking powder should be used or replaced after one year — not because it will go rancid, but because it's not going make those light and fluffy biscuits you intended!

I much prefer the sniff test. Open the container and take a sniff. If the smell doesn't match what the label says — or it's so weak you have to work at smelling anything — then the spice will not be any more appealing in the dish you're preparing.

USE YOUR COMMON SENSE

If the cinnamon still smells lovely but doesn't seem quite as potent as when it was new, add a bit more than the recipe calls for.

Consider buying spices from a store that sells in bulk and then buy only the amount you will reasonably use in the next six months or so. My supermarket offers this option, as do stores like Whole Foods and Sprouts.

Though it's best to keep spices in a dry cabinet, you can store larger backup supplies in the fridge or freezer. Whole spices can be stored in the freezer for up to three years and ground spices for up to six months. It is always best to purchase smaller amounts of spices instead of buying in large quantities.

Mary invites questions, comments and tips at EverydayCheapskate.com, "Ask Mary a Question." This column will answer questions of general interest, but letters cannot be answered individually. Mary Hunt is the founder of Debt-Proof Living, a personal finance member website and the author of the book Debt-Proof Living, Revell 2014. To find out more about Mary visit the Creators Syndicate webpage at www.creators.com. 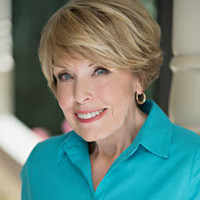