Dear Ms. Lank: I've had a one-bedroom condo on the market with a Realtor for six weeks. There was a lot of interest at first and almost an offer, except the individual wants two bedrooms in the same building. The building, by the way, is in an extremely desirable location across the street from a popular shopping district that has everything a person needs — banks, grocery stores, a pharmacy, etc. This building attracts many older women who are downsizing.

Feedback has been that the condo is too small, and one person thought the monthly costs — the homeowners association (HOA) fee, insurance, taxes, power and light — were too much.

The condo hasn't been shown for at least two weeks, and the Realtor hasn't called during that time. Meanwhile, I'm paying the HOA fee waiting for a buyer.

What to do? Leave it on the market, or take it off and let it rest? I did sign a three-month contract with the Realtor. I think the Realtor needs to be more aggressive rather than just letting an MLS do the work. — K. C.

Answer: Because you mention a multiple listing system (MLS), we know that information about your condo is being shared with other brokerages, which is to your benefit. And the initial interest is encouraging.

Don't take the place off the market. Spring is the best time for real estate sales; it yields the highest prices, though, of course, your apartment isn't aimed at families with school-age children.

Has your agent suggested dropping the asking price? It may be a bit soon — wait another couple of weeks and then start reducing your price till you hit a level that attracts offers.

If you priced your condo at $2, it would sell that same day. You just have to find a price level, somewhere between $2 and what you're asking for, that will do the job.

Edith: In your two answers regarding adding (deeding) sons to the ownership of a parent's residence, you fail to caution them about the property tax benefits they may lose, depending on the state, as a result.

The intended result can be achieved without making the son a current owner. — D.

Answer: Your advice is, of course, state specific, but as you saw, I could think of several other reasons why parents should consider possible drawbacks before adding a son as co-owner.

Dear Edith: I read with interest your response to P. E., where you commented on the ways buyers can back out of a contract to buy a home (in this case, the seller wanted to sell "as is" and was unmotivated to compromise on any problems found by the buyers' inspector or by the mortgaging bank's appraiser after a signed contract to sell had been done).

As buyers, we were delighted to pay a state-certified home inspector twice now and had to lose both purchases because the sellers refused to negotiate in any way, either on the purchase price or a contribution toward a major repair. One was due to such long-term, poor ventilation problems in which black mold covered the attic and the second because the roof was at the end of its life.

On the second, we paid $140 for a required radon test, which takes three days; by the time we got the report on the fourth day, the seller, who had accepted our bid over another (it was already $5,000 over asking price and right on the tax assessment amount), refused to budge, though the radon in the basement was very high.

We didn't have to tell this to the seller, so what you advised sellers that "you'd have more information about problems you'd be legally obligated to reveal to the next prospective buyers" just never happens. Only the inspector and the buyers — us — now know the dangerous level.

We lost total confidence in both real estate agents because they could not effectively negotiate a fair solution.

Answer: Thanks for sharing your experience. I hope you did eventually find the right place. 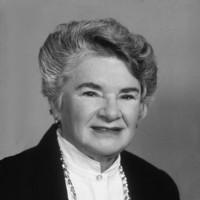