How to Master the Mix of Then and Now

Q: Our house is traditional, but we are not. My husband and I like things with a contemporary edge, especially the art we have collected over the years. We recently moved into the colonial-style house he inherited from his aunt and are having trouble reconciling our modern taste with the formal architecture. Is there a secret?

A: Hardly a secret — any interior designer worth his Pantone swatches knows how to manage the marriage of traditional and modern design: It's all about mastering the mix ... about blending styles, cross-referencing colors and patterns, and enjoying the juxtaposition of then and now.

Good, clean modern design can be every bit as "formal" in its attitude as the most historic traditional design. See how top designer Barbara Ostrom orchestrates a mix of modern and traditional in the "swellegant" room we show here, created for the 2014 Mansion in May show house in New Jersey (mansioninmay.org).

At first glance, the room may look straight out of "Downton Abbey," only recolored and polished up for American taste. But look again. This is POSH, as the English would say, brightly repurposed for living today. Ostrom says she took the "staunchly traditional architecture" and made it a "light and airy and sought-after retreat," using furniture — and abstract artworks — you'd never find in a l9th-century estate.

Her very modern sense of whimsy is also at play: What looks like traditional blue-and-white garniture over the doorway is a just-for-fun trompe-l'oeil painting.

Q: I love traditional decor: the more historic, the better. I could move happily into "Downton Abbey." Is anybody still making furniture like that?

A: You bet your silver candelabra! And not just historic. Some of today's reproduction furniture comes pedigreed, too, straight from Althorp, the sprawling English estate that has been home to the aristocratic Spencer family for five centuries. Think George Washington, Winston Churchill and, of course, the late Princess Diana, who is buried on an island in the lake at Althorp.

Her brother Charles, 9th Earl Spencer, has given furniture-maker Theodore Alexander permission to create pieces based on the furnishings at Althorp (theodorealexander.com). So now you, too, can live like gentry with such treasures as the Master of the Seas Chair, inspired by an earlier Earl Spencer's decision to appoint Horatio Nelson commander of the English Fleet — Trafalgar and all that. This is a chair for a true chair man, with a crown topping its back rail and arms made into little bronze-finished cannons.

Also introduced to the Althorp collection at this spring's Furniture Market in High Point, North Carolina: an eight-legged Gothic library table and a lamp shaped like a griffin with its finial shaped like the Spencer coat of arms.

There's potentially more — much more — to come, based on the vast furnishing found throughout the estate ("estimates talk of around 100 rooms," says Charles, who isn't sure of the number himself).

You can go see the originals in place: Althorp has been open to the public in the summer for more than a half-century. The 9th Earl himself led tours "to earn pocket money" as a teenager. Now, proceeds from the Theodore Alexander collection help keep the estate alive and working "as a 21st-century home," he says. 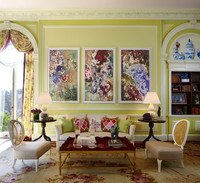 How to update a traditional setting: Blend contemporary ideas and art, then shake things up with a bit of whimsy. Photo: Philip Ennis 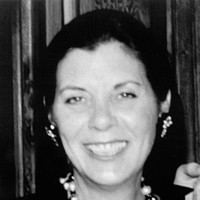