Dear Margo: My grandmother is 99 years old and lives alone in her apartment. For a 99-year-old, she is incredibly sharp, and her health is remarkably good — except that she falls frequently. It's clear that she can no longer walk unassisted. She has a part-time aide who comes in a few hours a week, and her sister (also in her 90s) lives in the same building. When she falls, she slowly drags herself to a phone and calls her sister, who then must call a building employee for help. We don't know how often she's falling, but we know she has knocked out some teeth this way and has injured her back and hip.

I love her immensely, but she is the most stubborn woman I know. She has a Life Alert pendant but refuses to use it. We tried to get her to agree to a nursing home, but she adamantly refused, so we dropped it. She will not agree to full-time help, saying she will not let "strangers" into her home. She gets very defensive and changes the subject. She says if she falls and can't get up, then she is OK dying that way. We have tried to explain to her how selfish it is not to think about the person who finds her. Is there anything we can do to force the issue, or do we have to accept the fact that she wants to die alone on the floor of her apartment? — Frightened

Dear Fright: I can already envision the mail I will get saying, "Are you nuts?" but this is my honest opinion. Your beloved granny is almost 100 years old. She is not demented, chooses not to use her Life Alert and has announced she is OK with dying, even if it's on the floor. The point you make about her being selfish in not thinking about the person who finds her on the floor is not particularly persuasive. (She could very well die in her bed, and the shock of finding her would be the same.)

What may be selfish is not really listening to her. Maybe she is simply tired and ready to go. You say she has all of her marbles and yet refuses a nursing home or live-in help. Try to hear her and accept her wishes. She may have brittle bones and fewer teeth, but she has her autonomy, and I think she should be allowed to maintain it. Your situation is a real-life case of "Whose Life Is It, Anyway?" — Margo, problematically

Dear Readers: Many people tell me they're sure the letters in advice columns today have to be wilder and racier than "in the old days" — if only because of the Internet. Finding human nature mostly unchanged, I tend to disagree. I went rooting around in my mother's files to prove my point, and I offer you this letter from 1999. It was not exactly a problem, but rather a reader commenting on "unusual behavior."

Dear Ann Landers: The most hilarious column you ever wrote helped me turn the corner when I was seriously ill several years ago. Mine is dog-eared. Would you please reprint the letter about sex and Batman? — A St. Petersburg, Fla., Fan

A couple sitting on their back porch enjoying a lovely summer evening was startled by screams for help coming from their neighbors' house. After dialing 911 and arming themselves with a baseball bat, the couple proceeded to their neighbors' to assist in any way they could. As luck would have it, the front door was unlocked, and so they walked right in. They followed the frantic calls for help to an upstairs bedroom, where they found the neighbor lady stark naked, tied hand and foot to her bed. On the floor lay her husband, unconscious, wearing a Batman cape and mask.

It became apparent that the couple was into both bondage and fantasies. Mr. Batman had attempted to leap from the dresser onto the bed, but in the process he bumped his head on the ceiling fan and went out like a light. The next-door couple untied Mrs. Batman, revived Mr. Batman and took him to the hospital, where he was treated for a superficial head injury and released. This certainly gives new meaning to the term "safe sex."

Dear Margo is written by Margo Howard, Ann Landers' daughter. All letters must be sent via the online form at www.creators.com/dearmargo. Due to a high volume of e-mail, not all letters will be answered. 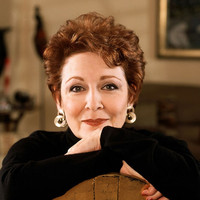