The Ties That Bind
Armstrong Williams 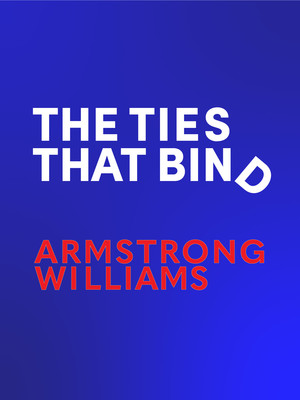 “The Ties that Bind” is a collection of columns written by political commentator, author and entrepreneur Armstrong Williams. Published between January and December 2019, these columns showcase Williams’ nuanced, conservative understanding of America’s place in the world and government’s place in America.

Armstrong Williams is a political commentator, author, entrepreneur and is founder of Howard Stirk Holdings, which creates multifarious content relative to politics, entertainment and topics of social and cultural relevance. With seven television stations as subsidiaries and plans for growth, the Federal Communications Committee designates Armstrong Williams as the largest minority owner of broadcast television stations in the United States.

Williams is a partner of Chateau Eze Hotel in the South of France and several real estate holdings throughout the U.S. He also holds a live radio show Monday through Friday on Sirius XM and hosts a national broadcast network TV show on Sinclair Broadcast Group and Howard Stirk Holdings affiliates. Williams was the business manager and current advisor to world-renowned neurosurgeon Dr. Benjamin Carson.

In 2016, Armstrong Williams was recognized by the Multicultural Media Correspondents as their Media Owner of the Year. Armstrong Williams is also warmly recognized for starting the Howard Stirk Holdings Media Fellows and D.C. Opportunity Media Scholarship. He donated $250,000.00 to his alma mater South Carolina State University in 2017.