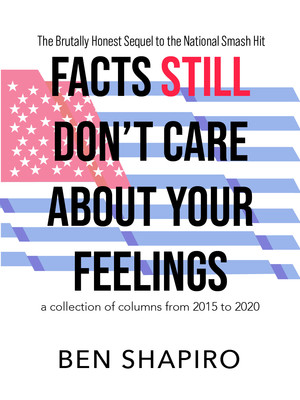 A lot has changed since 2015, and Ben Shapiro has something to say about it. In this curated sequel to “Facts Don’t Care About Your Feelings,” Shapiro breaks down American politics from 2015 to today like you’ve never seen before. Review political dog fights and the Democrats’ radicalism problem through a poignant lens. Analyze the novel coronavirus and its economic implications through a perspective too often stamped out by the mainstream media. Explore the absurdities of “anti-racism,” “mostly peaceful” protests and other leftist attempts to rewrite America. And discover pieces of the American identity—unity, free speech, capitalism and so much more—we have lost in the mayhem.