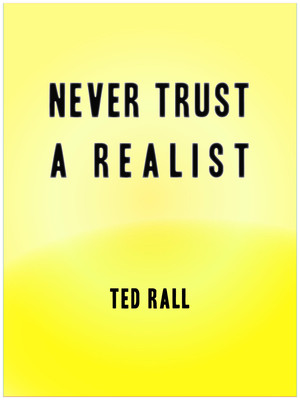 In this collection of his nationally syndicated columns from 2014, Ted Rall takes his no-holds-barred approach to political commentary to a new level, lambasting the hypocrisy of the political establishment with his sharp, progressive barbs. From democracy abroad to capitalism in the United States, no topic is off-limits.

Setting himself apart from the herd with a unique drawing style and a take-no-prisoners approach, Ted Rall is one of America's most controversial and unapologetically left-of-center political commentators. Rall works in editorial cartoons, columns, and as a comics journalist whose work sometimes leads him to war correspondency.

More cartoons by Ted Rall were published in The New York Times between 1991 and 2004 than any other cartoonist and he has won numerous prizes for his cartoons, including two RFK Journalism Awards.

Universal Press Syndicate picked up Rall's cartoons in 1996, the same year he was a Pulitzer Prize finalist. Today the man called "the most controversial cartoonist in America" appears in more than 100 newspapers throughout the United States, ranging from the Washington Post to SF Weekly, making him one America's top five syndicated editorial cartoonists.

Rall, President of the Association of American Editorial Cartoonists until 2009, is the first editorial cartoonist with an "alternative" drawing style to have been so honored by his peers.

Four collections of Rall's cartoons have been published: "Waking Up In America," "All The Rules Have Changed," "Search and Destroy" and "America Gone Wild," as well as three award-winning graphic novels, "My War With Brian," "Real Americans Admit: The Worst Thing I've Ever Done!" and "2024, a parody of Orwell's 1984." He edited an influential three-volume anthology of edgy alternative weekly political cartoons, "Attitude." He wrote the best-selling 1998 generational manifesto, "Revenge of the Latchkey Kids."

Rall covered the war in Afghanistan in cartoon form, where his harrowing experience -- three of the 44 journalists with whom he traveled were killed -- led to the critically acclaimed book "To Afghanistan and Back." Rall's most recent book is "The Book of Obama: From Hope and Change to the Age of Revolt." Coming in March 2014 is a work of comix journalism and prose, "After We Kill You, We Will Welcome You Back as Honored Guests" (Hill and Wang).