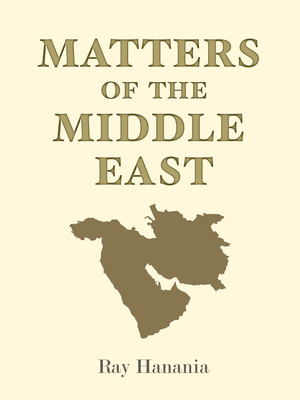 Ray Hanania is a nationally syndicated opinion columnist for Creators Syndicate. This is a collection of the very best of Ray Hanania from 2014.

Hanania’s writes a column that appears every Wednesday in the Jerusalem Post, Israel’s leading English-language daily. He also writes for PalestineNote.com and is the political columnist for the Chicago weekly newspaper the Southwest News-Herald.

Hanania is the author of several books, including his popular collection of humor essays and columns that have been published in the Chicago Sun-Times, Chicago Tribune, Chicago Magazine and other publications, I’m Glad I Look Like a Terrorist: Growing up Arab in America (1986) and a history of Arab settlement in Chicago, Arabs of Chicagoland (2005).

In the weeks after the Sept. 11, 2001, terrorist attacks, Hanania launched his standup comedy career, lampooning his life as a Palestinian American and his unusual marriage to his Jewish wife. He is the co-founder of the Israeli-Palestinian Comedy Tour, which uses humor to break the animosity between Arabs and Jews. Hanania has performed for Arabs and Jews in Israel, the Occupied West Bank, and in Dubai, Beirut, London and Toronto, and before audiences from Los Angeles to Houston to New York City’s famed Carolyn’s on Broadway Comedy Club.

In August 2002, Hanania’s comedy career launched internationally when Jewish comedian Jackie Mason refused to allow Hanania to open for a three-day performance at Zanies Comedy Club because Hanania is Palestinian. The highly covered controversy put him on every major national and international TV show discussing the power of humor in conflict situations.

Hanania is the recipient of four Peter Lisagor Awards from the Society of Professional Journalist’s largest chapter, the Chicago Headline Club. He is the recipient of the 2010 Society of Professional Journalist’s national Sigma Delta Chi award for column-writing. He was named Best Ethnic Columnist in America by the New America Media in November 2006. He has won two Stick-o-Type Awards from the Chicago Newspaper Guild. And in 2009, he received the M.T. Mehdi Courage in Journalism Award from the National Arab American Journalists Association.

He wrote for many years for Israel’s YNetNews.com, the English language Website of Israel’s largest Hebrew-language newspaper, Yedioth Ahronoth. His columns have appeared in newspapers through the Arab World.

A longtime activist for peace, Hanania served as National President of the Palestinian American Congress (1995-1996) and participated in meetings with Palestinian President Yasser Arafat and President Bill Clinton on ways to promote Arab-Israeli peace. He is a Chicago board member of the American Arab Anti-Discrimination Committee (ADC) and serves on the National ADC Board. Hanania began his Middle East activism for peace in 1975 after serving two years active duty in the U.S. Air Force during the Vietnam War. He served as spokesman for the Arab American Congress for Palestine in Chicago, and his first public interview was at the age of 23 in a national debate with the late Israeli Foreign Minister Abba Eban on Middle East peace. 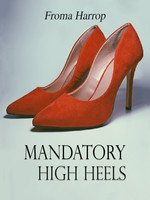