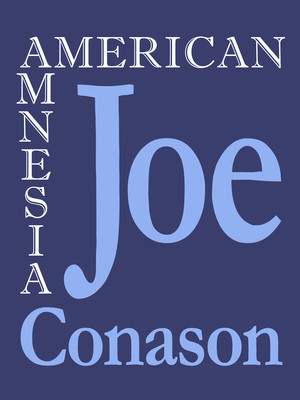 Joe Conason is a nationally syndicated opinion columnist for Creators Syndicate. This is a collection of the very best of Joe Conason from 2014.

Joe Conason served as the Manhattan weekly's executive editor from 1992 to 1997. He wrote a popular political column for The New York Observer from 1992 to 2011. Since 1998, he has also written a column that is among the most widely read features on the Internet magazine Salon.com.

His most recent book, Big Lies: The Right-Wing Propaganda Machine and How It Distorts the Truth (St. Martin's Press, 2003), was a New York Times and Amazon.com bestseller. He is also the co-author (with Gene Lyons) of The Hunting of the President: The Ten-Year Campaign to Destroy Bill and Hillary Clinton (St. Martin's Press, 2000), which appeared on both the New York Times and Los Angeles Times bestseller lists. Conason co-produced a 2004 documentary film, The Hunting of the President, based on the book.

From 1990 to 1992, Conason was as editor-at-large for Conde Nast's Details magazine. From 1978 to 1990, he worked for The Village Voice as a columnist, staff writer and national correspondent.

Conason is an experienced and skilled reporter as well as a sharp commentator. In 1985, he co-authored the Village Voice exposé of Ferdinand and Imelda Marcos's hidden Manhattan real estate holdings. In 1989, Conason arrived in Beijing, China, on the night after the Tiananmen Square massacre and reported on the tragic aftermath for the Voice.

During the Clinton administration, Conason's investigative reporting on Whitewater and the presidency brought him national media attention. He revealed the existence of the "Arkansas Project," a secret, multimillion-dollar plan funded by a conservative Pittsburgh billionaire to find or invent negative material about the Clintons. More recently, Conason was one of the first journalists to delve into the background and finances of the so-called "Swift-Boat Veterans for Truth" and its campaign against John Kerry.

Conason's articles have been published in Harper's, The Nation, The New Republic, The Guardian (London) and The New Yorker, among many other periodicals in the United States and abroad. He also appears frequently as a commentator on television and radio programs. A winner of the New York Press Club's Byline Award, he has covered every American presidential election since 1980.

Joe Conason graduated from Brandeis University in 1975 with honors in history. He began his career as a reporter for the East Boston Community News, a small neighborhood newspaper. From there he went on to join The Real Paper, an alternative weekly published in Cambridge, Mass., as a staff writer. He covered environmental, racial and political issues for both papers. He was born in New York City, where he resides today.