New Delhi — capital of India, the world's second-largest nation — is an extraordinary city with millions on the move, memorable monuments, fabulous food and myriad cultures. But while it is fascinating, it is not easy to explore. Attractions are widely spaced, public transportation is difficult for non-locals to use and self-driving is a very bad idea. Nevertheless, via pre-arranged excursions by reputable firms or by using drivers recommended by quality hotels it's possible to get a satisfying and hassle-free overview of this pulsating city.

A great place to start is in the oldest part of town. Old Delhi is an absolute maze of shops and vendor-jammed narrow streets and alleys, territory most Westerners would find difficult to wend through on their own. Indeed, the best way to see it is via a hired rickshaw. Even a brief half-hour ride will show off sellers of fruit, tools, clothing, water, bridal outfits, jewelry, silver and strung garlands of flowers.

The nearby Jama Masjid, India's largest mosque, was built in 1656 under the orders of Emperor Shah Jahan, who also built the Taj Mahal. It is dominated by three massive domes and can accommodate more than 20,000 people in its courtyard.

Eighteen years earlier the same emperor built the red sandstone Lal Qila or Red Fort. For more than two centuries it was the center of Mughal power in India. The Red Fort features six huge gates, the hall of public audiences where rulers received questions and appeals from subjects, the harem, royal baths, royal apartments and a private mosque.

Exquisite carvings that are almost everywhere must have been even more impressive before subsequent rulers, souvenir-hunters and thieves extracted inlaid jewels. The design of Humayun's Tomb, built in 1565, is thought to have influenced that of the Taj.

Among dozens of other pre-Mughal remnants is the 12th-century Quwwat-ul-Islam mosque. Featuring delicately carved columns, it was constructed from previous Hindu and Jain temples. Here is also the Gupta iron pillar, which dates to the fourth or fifth century and which is covered in Sanskrit inscriptions; the 13th century tomb of Litutmish; and the five-story Qutab Minar tower.

While Delhi's history is long, its prominence and population soared greatly following Great Britain's decision to move the capital of its India colony there from Calcutta (now Kolkata) in 1911.

Other notable 20th-century Delhi sights include the India Gate, a giant monument dedicated to Indians who died fighting alongside the British during World War I, and the exteriors of India's federal Parliament, Supreme Court and president's chief residence.

Another place to be sure and explore is Lodi Gardens and the tombs they surround. Lady Willingdon, the wife of a 1930s British viceroy who was determined not to have the three 15th- and 16th-century tombs plowed under by real estate interests, created this lovely 90-acre park.

India's best-known and most intriguing figure is Mahatma Gandhi. The government-provided cottage where he lived for his last 144 days is certainly worth a visit. It sits next to the field where, at the age of 79, he was assassinated on Jan. 30, 1948.

Within the cottage are rooms where Gandhi slept and ate along with some of his few possessions, including his glasses and eating utensils. There are also copious photographs and documents detailing the life and times off this extraordinary man.

Gandhi was shot as he began his daily 5 p.m. prayer session, and it is possible to trace the steps he took to reach that point. Nearby is an extensive display detailing critical moments in Indian history. Its main focus is on Mughal, Dutch and British conquerors who ruled India prior to the country's achieving independence in 1947. A short drive away is Raj Ghat, the serene and exquisitely simple site where Gandhi was cremated.

Also fascinating is the home of Prime Minister Indira Gandhi (no relation) and the site where, in 1984, she was assassinated by two of her personal guards. Just steps away is the home of her son, Rajiv. Not expecting to enter politics, he rose to power following his brother's death in an airplane crash and later his mother's murder. His legacy is detailed here, right up until May 21,1991, when he, too, was assassinated.

A number of New Delhi temples welcome visitors. These include the Hindu Gauri Shankar Temple and the Sis Ganj Gurudwara Jain temple. As a contrast to these long-established sites is the 5-year-old Akshardham pilgrimage center. This is a sprawling combination of ornate and massively decorated temples and Disney-like rides and attractions.

The vast National Arts Museum is definitely worth at least one stop and possibly a second. Highlights include hundreds of gorgeously drawn miniature paintings and an array of ancient sculptures from the 5,000-year-old Harappan civilization. Works of many art forms are on display and demonstrations held at the Crafts Museum.

Seekers of souvenirs will enjoy what's available in the Khan Market area. One of the possibilities is Anokhi, which operates six of its 25 India stores in New Delhi. All feature beautifully made fabrics, tablecloths, scarves, clothing and crafts.

Hauz Khas Village is another fascinating stop. Its many designer boutiques, art galleries, restaurants and cafes spark a trendy vibe unlike anywhere else in New Delhi. Also intriguing is Dilli Haat, a shopping sector filled with shops where craftsmen from all over India rent stalls to show their wares for 15 days at a time.

Beyond monuments, museums, shops and history are New Delhi's nearly 18 million people. One way to meet some of the most vulnerable is by taking a two-hour walk offered by the Saalam Baalak Trust. Participants visit the trust's headquarters near the main New Delhi rail station and learn about its prime mission: to intercept and interact with some of the many children who continually arrive seeking better lives then the ones they left at home. Trust workers scrutinize new arrivals — some as young as 6 — and offer them housing, food and education. They must move quickly to find these children before procurers — who see them as valuable for reasons ranging from prostitution to sources of kidneys and other valuable body parts — get to them first.

Now 15 years old, the New Delhi Trust — modeled on a similar effort in Mumbai — currently looks after some 600 children. They can stay and be educated by the trust until they reach the age of 18.

During the walk, led by trust residents and workers, visitors see where the children live and learn as well as the area where thousands of other street children hang out. Their tales, fascinating and upsetting, offer a riveting look at the lives millions of children face, not just in New Delhi or India but throughout the rest of the world.

At Greaves Tours highly regarded travel specialists can handle anything and everything you'd like to experience within New Delhi or anywhere else in India: www.greavestravel.com, 800-473-2837 or 888-414-0333.

The Imperial Hotel is a centrally located, 231-room lodging jewel that is gorgeously appointed with abundant fine art: www.theimperialindia.com.

For general information about India: www.incredibleindia.org 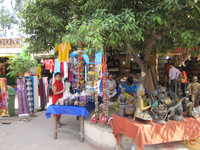 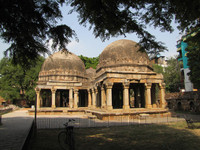