Missions, Mergers and Diversity in Tech: An Interview With Jessica Lawrence Quinn

Startups run by women still receive venture capital funding at a much lower rate than companies run by men, and there are still the substantial hurdles of sexism and bias embedded into the tech industry culture. Underlying biases need to change.

That's why I support this woman's work.

1) Why is it important for organizations with overlapping missions to join forces?

The final part of our mission statement — "create a better future for all" — is especially important to me because it connects to my belief that the tech community needs to be inclusive, both in terms of who is creating its products and who those products are being created for, and also to my belief that the tech community should be ethical and responsible and think about the impact of the products it builds.

In my experience, I have found mergers between nonprofits to be fairly uncommon, often because founders or leaders are attached to their organization's approach. In our case, our missions were almost exactly the same, and we felt that we could actually better accomplish our goals by working together as one organization. In merging, our capacity has grown. We don't compete with each other for funding any longer, and we have an even larger community. Our membership spans everything from individual programmers to the largest companies in the city.

2) You were one of only 15 women selected to participate in Seth Godin's Female Entrepreneur MBA in 2010. What was it like being a woman in tech then as opposed to now?

In 2010, I was just getting involved in the technology community and getting to know female entrepreneurs. Having come from the world of Girl Scouts, where I was surrounded by women all the time, it was a bit of a shock to show up at tech events and scan the room, only to be able to spot a handful of women. Even then, though, there was a thriving group of women in tech in New York City, and it has only grown since then. As I attend events or invite women to apply to demo at our monthly meetup or our women's demo nights, I see the numbers of women attending and applying to demo continually increasing. Women are still by far outnumbered by men, but the ratio seems to be getting better.

3) What's key to diversifying tech and getting more women and girls involved in STEM?

There are multiple layers to the challenge of getting more girls and women involved in tech. In some ways, it starts very early and outside of the tech industry, in our society in general, where toys and activities that have to do with building and tinkering are often geared more toward boys than girls. It also has to do with the fact that computer science is not something that all kids are exposed to. If it is available at all, it is often an elective at the high-school level, when many young women have already decided on a different academic path. Since it is not equally available to all students in all schools, it also means that young people of color have less opportunity for exposure, as well.

So exposure and equal opportunity for participation are key, but even if all of those things are in place, the tech industry also has to become a more welcoming place for people who are traditionally underrepresented in tech. It doesn't matter if you love computer science; if your experiences working in the industry involve being relegated to completing menial tasks on a tech team because of your gender or not being considered for funding for your startup because of biases held by potential investors or being subject to derogatory or hateful speech, then you are very unlikely to stay in the industry. Companies can start to change much of this by doing things like hiring diverse teams from the start, expanding their networks and hiring from nontraditional pipelines — instead of saying they can't find any women or people of color to fill their open jobs — and establishing and living by company values that don't tolerate discriminatory and biased behavior.

It's important to note that a lot of these biases are subconscious. I remember when I talked about this at South by Southwest a few years ago and I mentioned that the "traditional" tech office perk of kegs and foosball tables could be negatively perceived by potential new hires. Many women and other minority groups are turned off by these "bro culture" signs. This sounds simple, but it was a light-bulb moment for some of the people in the room. So I encourage founders to really examine everything if they are committed to having a diverse workforce. 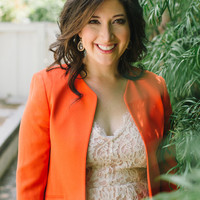