Snapchat and a Bossy Daughter

Dear Family Coach: My almost 13-year-old daughter is begging for a Snapchat account. I am resistant, but she is wearing me down. I am not even sure why I am unwilling. Should I hold my ground? — Not Sure Parents

Dear Not Sure: Parents have been drilling into their kids' heads that anything that is put on the internet is forever. A text, a silly photo or that stupid video put on YouTube all leave a digital footprint that never goes away. Enter Snapchat, the app that allows people to send a photo that's only up for a few seconds before it disappears. It's great in theory but not so much in practice. While Snapchat deletes your posts immediately, the app can't control users' ability to take a screenshot. A screenshot means the picture is forever. Young people often have a false sense that anything posted will only be seen briefly.

Snapchat plays to the impulsivity of teens. They post quickly, and it disappears quickly — unless it doesn't. The temporary nature of the app has led some users to post inappropriate pictures or share those of others (Google Dani Mathers for a glaring example). This is not only wrong ethically but it can be a criminal offense. A 13-year-old isn't old enough to understand these implications.

I'd say delay initiation into this world. What many teens love most about Snapchat is that their parents aren't on it. So before releasing your daughter into an unknown world, take the time to discuss safety concerns, etiquette and common missteps made by teens. Start with simpler, less troublesome apps so she develops critical thinking skills and impulse control all while you are able to monitor.

Dear Family Coach: I know this might be uncool to say, but my daughter is bossy. She tells everyone around her what to do. She always has. But what was kind of cute at 4 years old is a lot less adorable at 13. My daughter is losing friends, and even some family members find her difficult. How can we help her be less of a boss before it's too late? — Bossy Pants' Mom

Dear Bossy's Mom: The Girls Scouts of America and Sheryl Sandberg's LeanIn organization are working to #banbossy. The argument is that "bossy" is a derogatory term for girls who are leaders. Boys typically aren't called bossy. While this may be true, the issue for your daughter is that her "leadership" is counterproductive. She isn't leading; she's pushing people away.

There is hope for your daughter. But she will have to recognize her problem. That may be your first hurdle. Try not to bruise her self-esteem. Instead, focus on the outcomes she is seeing, like fewer invitations for parties or afternoon dates. She might notice that people have stopped listening to her ideas as well. Use these issues to motivate her to change her ways.

There is only a fine line between bossy and actually being a leader. You can help her harness her inner gift with a few important tweaks. I'll bet the problem isn't what your daughter is saying but rather how she is saying it. Work with your daughter on her tone and communication skills. Teach her empathy as well. Understanding how someone feels will be important for her. It may also help her to take social-skills classes or training about how to read people. Being an effective leader requires working with others. If a leader pushes those people away, success is limited. However, if that leader learns to respect others opinions, tolerate differences, use effective communication and lead by example, there is no telling what she can accomplish. 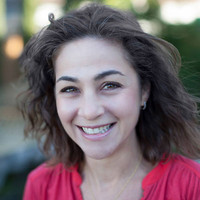