Protect Yourself By Making Disclosures

When it comes to disclosures, it's hard to know how far to go. I recommend you disclose when in doubt. When explaining conditions, less is more. Do you remember someone telling you that if you are ever required to do a court deposition, answer the question asked, and then stop? Don't add extra words of explanation or you may be opening yourself up to 10 more questions and a direction that was never intended. Let's say the question is "Are there defects to walkways and sidewalks?" It would be safe and advisable to point out the sidewalk that is raised and the walkway that has cracks by saying, "Cracks are noted in the following areas." To go further by explaining that the cracks were caused by a tree is not smart because you are marking an assumption, which may be proven wrong.

Let's consider leaks and water damage. To disclose that water penetrates the garage during heavy rains is advisable, but to say that the water comes from a poorly graded driveway may not be entirely correct. What if water is also coming from a neighboring property, or from a slab that was not property waterproofed? Let's suppose you disclose a roof leak near the chimney. Are you sure that is where the leak is, or is the water simply coming in from there? Let's suppose you believe the problem is coming from chimney flashing. Are you sure that is the cause? Less is more; make no assumptions. Let's suppose you fixed the leak and since the repair, it has not rained. Is it fixed? You don't know. I would say: "There was a roof leak with the water dripping in near the chimney. I do not know where the leak originated. In October 2016, I hired XYZ Roofing Company to repair the leak (work order attached). XYZ Roofing Company could not guarantee that the repairs would survive future rains. We have had only minor rains since and have not noticed any leaks since. The room was entirely painted in November 2016."

Another example is a disclosure saying there is an airport within a mile. This is fine. But say your neighbor reveals that you had complained that your plants kept dying and your garden furniture showed traces of jet fuel, presumably from jets passing overhead. The jets causing the problem is an assumption, but the fact that your plants and furniture continued to show traces of a sticky, oily substance is a fact that should be disclosed.

Consider the question "Have you had any plumbing problems?" Let's assume you have needed to employ a rooter service on several recent occasions to clear a blockage. It is reasonable to say just that. I would not explain that the reason was a diaper, or even tree roots. Are you absolutely sure what caused the problems? Maybe these things simply aggravated a much more extensive problem. Let's now suppose the new buyer speaks either with a neighbor or a plumber who proves that you received an estimate to replace the entire sewer line and you chose instead only to do a minimum maintenance. What if a lawyer could prove you knew the entire sewer needed replacement? If you got an estimate to replace the sewer and had knowledge that it needed replacement, you should disclose that and provide the estimate you received. You might state it as such: "In the past 18 months, I cleared the sewer line four times. Currently, it appears fine. This sewer is old and could need replacement at any time. Enclosed is an estimate I received in December 2016." With this disclosure, you have made it clear to the new buyer.

Take the disclosure process seriously, but don't freak out. If you've left a trail by getting estimates and making comments to a neighbor who could testify to these statements, cover yourself by making a full disclosure.

For more information, please call Ron Wynn at 310-963-9944, or email him at [email protected] To find out more about Ron and read his past columns, please visit the Creators Syndicate webpage at www.creators.com. 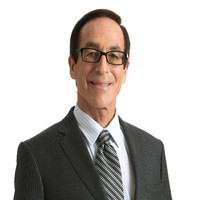