WASHINGTON — Some have described Hurricane Irene as "the most over-hyped event in history." Americans in the Northeast who were flooded out of their homes and businesses and those without electricity, fuel or water don't agree. But a U.S. official I spoke with this week told me, "The next storm coming from down south is already deadlier than Irene, and nobody is paying attention."

My source wants to remain anonymous because he is not authorized to talk about these matters with the media. He doesn't work for the National Oceanic and Atmospheric Administration, the Federal Emergency Management Agency or the National Weather Service — and he isn't talking about Hurricane Katia, now approaching the U.S. mainland from the Atlantic Ocean. He works for the Drug Enforcement Administration, and he says, "Our government has helped to create the 'perfect deadly storm.'" Sadly, his forecast is likelier to be right than anything from our weather guessers.

According to The Associated Press, Hurricane Irene claimed more than 40 lives and caused an estimated $7 billion in damage. That's just a fraction of the number of American lives already lost this year to overdoses on illicit substances and in drug-related violence. Estimates of the financial costs associated with illegal drugs — criminal activity, lost productivity, medical treatment, rehabilitation and incarceration for those convicted — are more than $215 billion per year. According to my source, "that's nothing compared to what's coming. It's about to get a whole lot worse." The facts bear out his dire prediction.

In the 1980s, Nancy Reagan was famous for telling kids, "Just say no to drugs." Today's first lady is on an anti-fast food campaign. In the 1990s, the Clinton administration increased funding for the DEA and started Plan Colombia to deal with the tons of cocaine coming into the U.S. The Obama administration has reduced funding for both. As president, George W. Bush enforced a zero-tolerance policy for federal workers using illicit drugs. Now the White House and Justice Department refuse to enforce federal narcotics laws against those with a "prescription" for medical marijuana or for "user amounts" of drugs in the possession of criminals. And now Americans' insatiable appetite for mind-altering chemicals, psychotropic substances and hallucinogenic vegetation is threatening the stability of entire nations.

Illicit drug trafficking and human trafficking across our southern border have reached unprecedented levels. Violent criminal gangs directly connected to Mexican drug and extortion cartels kill and maim nearly 1,000 Mexican citizens every month — a level of violence well beyond that experienced in Iraq or Afghanistan. The carnage is wrecking any hope for normal life or economic activity in Mexican society and prompting a new flood of desperate "refugees" across our border.

Last week, members of the vicious Los Zetas cartel firebombed a casino in Monterrey, Mexico's second-largest city. The attack incinerated 52 people inside the building. Mexican counter-narcotics officials say the attack was intended to "scare the casino's owners into making payments for protection." This week, more than 130 schools in Acapulco did not open because teachers have been threatened with "execution" by drug gangs if they show up at school without paying the cartelistas 50 percent of their salaries for protection.

But it's not just Mexico. Guatemala, Honduras, Nicaragua, El Salvador and Costa Rica in Central America are now under siege, as well. All of these countries are enduring a dramatic spike in violent crime — particularly unsolved homicides and kidnappings — and, of course, government corruption. In Honduras, the Sinaloa cartel perpetrates gruesome "extortion murders" to impress upon reluctant farmers and businessmen the "necessity of paying their protection tax."

Chuck Holton, my friend and fearless cameraman who has accompanied me on multiple trips to cover our troops in Iraq and Afghanistan, has just returned from Guatemala, the scene of grisly violence against farmers who refuse to plant the "specialty crops" demanded by gun-wielding drug dealers. Holton said: "The Guatemalan government is struggling to mount a response against the infiltration of hyper-violent Mexican cartels that have moved into the northern reaches of the country, where they cultivate marijuana for export to the U.S. Often the drugs are shipped in Agency for International Development grain sacks in a truly surreal form of recycling."

The Obama administration, so proud of its "contingency planning" for Hurricane Irene, appears blind to the growing "drug storm" already overwhelming our southern neighbors. The U.S. Justice Department, paralyzed by allegations of complicity in allowing thousands of firearms to be "gunwalked" into Mexico, is busy trying to deflect blame for an "operation" gone terribly wrong. We can only hope that the O-Team looks south to the darkness on the horizon.

Oliver North is the host of "War Stories" on Fox News Channel and the author of "American Heroes in Special Operations." Join him on the Caribbean Freedom Cruise, which sets sail Oct. 22. To find out more about Oliver North and read features by other Creators Syndicate writers and cartoonists, visit the Creators Syndicate Web page at www.creators.com. 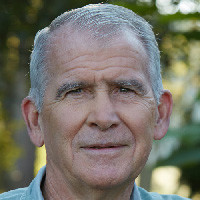