As a member of Congress, Rep. Maxine Waters took an oath to defend the Constitution. When she risked inciting mob violence by telling a crowd of protestors, "We've got to get more confrontational," Waters may well have violated her oath. Writing for The Epoch Times, Harvard professor Alan Dershowitz claimed her tactics were reminiscent of those used by the Ku Klux Klan.

By making comments encouraging the worst in protestors, Waters did the opposite of what we expect from our elected officials. Instead of being a peacemaker, she risked whipping a crowd into a frenzy of rioting and violence. In doing so, she may have violated the Sixth Amendment to the Constitution.

This amendment reads, in part, "In all criminal prosecutions, the accused shall enjoy the right to a speedy and public trial, by an impartial jury." While the jury was deliberating over the verdict in the trial of Derek Chauvin, Waters may have made it impossible for the jury to be impartial. The jurors in this highly controversial case — people who live and work in the community in question — were serving in a toxic, explosive environment. They had to understand anything other than a conviction in this case would have made them pariahs and possibly even targets. This is extortion by mob violence.

With a short-fused mob awaiting the jury's decision, the worst thing anyone could do was strike a match, but that is exactly what the comments made by Waters might well have done. Had the verdict been anything but guilty on all three counts, there very likely would have been blood in the streets.

If Waters thought encouraging confrontation to "make sure they know we mean business" would somehow help George Floyd's family, friends and supporters, she badly misjudged the situation. Although he denied a motion by the defense to declare a mistrial, Judge Peter Cahill did acknowledge the damage her remarks could have on the eventual outcome of the trial. According to Cahill, Waters' "confrontational" comments may have given the defense grounds to overturn the trial on appeal.

Joining Waters in an unconscionable act, President Joe Biden said he was praying for the "right verdict" — by which he meant "guilty" — even while the jury was still deliberating. Once the guilty verdict was announced, the president went even further, claiming, "We cannot stop here" and insisting the case would help rid America of "systemic racism." Rioters in Portland, Oregon, apparently heeded the president. Led by antifa anarchists, they ransacked two Starbucks stores, set fires and assaulted a police officer. Great work, Biden.

Justice in this situation demands Waters be expelled from Congress and Biden be impeached. However, neither will happen. Their colleagues in the Democratic Party quickly circled the wagons, and the so-called mainstream media began making excuses for Waters and Biden, as is now customary.

The House of Representatives, controlled by Democrats, twice impeached President Donald Trump — the second time by claiming he incited violence in protestors who stormed the U.S. Capitol. In reality, Trump encouraged his supporters to "peacefully and patriotically" make their voices heard. His words accorded with that part of the First Amendment, which states: "Congress shall make no law ... abridging ... the right of the people peaceably to assemble, and to petition the Government for a redress of grievances." The comments made by Waters and Biden had nothing to do with "peaceably" assembling. In fact, just the opposite.

It's not just Democrats and mainstream media flacks giving Waters and Biden a pass. The response from Republicans can best be described as underwhelming. The most severe response from their side of the aisle came from Rep. Kevin McCarthy, who recommended censure, little more than a slap on the wrist. Predictably, the censure motion was defeated along party lines. The only solution to the Waters problem is the ballot box. Sadly, far-left Democrats control the votes in her district. 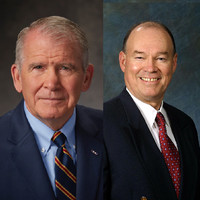