I remember the ferocious media debate over the proper government role in healthcare — 43 years ago. As the spring of 1965 got underway, the bombast was splattering across front pages and flying through airwaves.

A bill in Congress aimed to assure some basic healthcare for all Americans at least 65 years old. The U.S. government would automatically cover the costs for a bedrock of medical services.

In print media and on radio and television, commentators warned that the vast new program was "socialism," intruding on the sanctity of the free-enterprise system. As the legislation gathered momentum and moved through Congress, many opponents voiced a crescendo of alarm.

Some pundits reacted with horror at the end of July 1965 when President Lyndon Johnson signed the bill into law. The new federal program would be huge.

It was called Medicare.

These days, when I speak on campuses about media coverage of healthcare policy options, I bring up current proposals for a "single payer" system — in effect, Medicare for Americans of all ages. Most students seem to think it's a good idea. But once in a while, someone vocally objects that such an arrangement would be "socialism."

The objection takes me back to the media uproar of early 1965. And it reminds me that ideological blinders have continued to constrict the national debate on realistic possibilities for developing a truly humane healthcare system.

In the current presidential campaign, none of the major candidates can be heard talking about Medicare for all. Instead, there's plenty of nattering about whether "mandates" are a good idea. Hillary Clinton even had the audacity (not of hope but of duplicity) to equate proposed healthcare "mandates" to the must-pay-in requirements that sustain Social Security and Medicare.

For Clinton's analogy to make sense, we'd have to accept the idea that requiring everyone to pay taxes to the government for a common-good program is analogous to requiring everyone to pay premiums to private insurance companies for personal medical coverage. The fact that media didn't challenge her on the comparison says a lot about how anesthetized the current news coverage of healthcare issues really is.

A recent New York Times story was authoritative as it plied the conventional media wisdom. The lead sentence declared that an "immediate challenge that will confront the next administration" is the matter of "how to tame the soaring costs of Medicare and Medicaid." And the news article pointedly noted that current federal spending for those health-related programs adds up to $627 billion.

I've been waiting for a Times news story to declare that an immediate challenge for the next administration will be the matter of how to tame the soaring costs of the Pentagon. After all, now in the vicinity of $2 billion per day, the government's annual military spending — when you factor in the supplemental bills for warfare in Afghanistan and Iraq — is well above the $627 billion for Medicare and Medicaid that can cause such alarm in the upper reaches of the nation's media establishment.

Assessing the current presidential race, the Times reported: "The Democrats do not say, in any detail, how they would slow the growth of Medicare and Medicaid or what they think about the main policy options: rationing care, raising taxes, cutting payments to providers or requiring beneficiaries to pay more."

There are other "policy options" — including drastic cuts in the Pentagon budget.

And then there's the unfulfilled potential of Medicare for all, thus sparing our society a massive amount of money now going to administrative costs and stratospheric corporate profits. At last count, annual insurance-industry profits reached $57.5 billion in 2006.

Those outlandish profits could be curbed and the United States could have Medicare for all. But — as any number of talk-show hosts and syndicated columnists can tell you — that would be socialism.

Norman Solomon's is the author of "Made Love, Got War: Close Encounters with America's Warfare State." For information about Norman Solomon, go to www.normansolomon.com, or visit the Creators Syndicate Web page at www.creators.com. 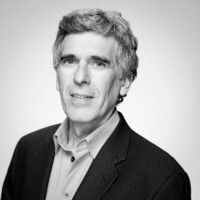