Why Does the Bible Call Jesus "The Word"?

"Jesus is the Word because through him all things are made," says Jonathan, 8. "What he said became. Through the words of Jesus, the Earth and man were made. So, he is the Word."

When we read, "In the beginning was the Word" in John's Gospel, we should immediately think of another Bible text that begins with the same introductory phrase. Genesis 1:1 says, "In the beginning, God created the heavens and the earth."

John's purpose is to establish the fact that Jesus is God and man in one person. By presenting Jesus Christ as the Word through which all things were created, John is saying that God chose Jesus as his messenger/messiah to tell us about himself. Jesus is God and the revealer of God the Father.

"No one has seen God at any time. The only begotten Son, who is in the bosom of the Father, he has declared him" (John 1:18).

The revelation of God starts with creation, but it doesn't end there. God is personal. In the teaching, life and work of Jesus Christ, God communicated everything he desired. Creation is God's general revelation, but Jesus Christ is God's personal message to us.

In Greek philosophy, the concept behind the Word (Logos) is the divine principle that permeates an orderly universe. In the Old Testament, the Word carries the idea of active power. God spoke the universe into being. The Apostle John presents Jesus as the eternal Word, who took on flesh and blood so that we could behold God's glory.

Around the globe, gigantic radio telescopes point to the heavens for any intelligent signal from outer space. In Jesus, we have God's heaven-to-Earth message. At times, God must be wondering, "Is anyone listening?"

"I think Jesus was a message of God's love," says Abby, 11. "I also think he showed this by suffering on the cross for every one of our sins. And now because of 'the Word' and his love, we have a chance to have an eternal life in heaven."

I couldn't have said it better, Abby.

"I think the Bible calls Jesus the Word because he speaks the truth," says Leilani, 10. "He tells us to believe in him. He wants us to spread the Word of him to everyone."

Jesus Christ didn't promise a rose garden to those who believe in him as the way, the truth and the life. He told his disciples to expect hatred from those who reject him. The Apostle John presents Jesus as a great light entering a dark world. His light would shine so brightly that the opposition and lies of those living in darkness would not be able to overcome him (John 1:4-5).

The evil one and those he controlled thought they had silenced the true Word when Roman soldiers drove nails into Jesus' hands and feet. What appeared as a complete triumph of darkness over light only demonstrated the wisdom, power and truth of Jesus' words about his triumphal resurrection. Almost 2,000 years later, lying words seek to rob us from the light of that true Word. No matter how dark things get in any generation, there will always be some who accept the light who gives eternal life.

Think about this: Jesus Christ is God's personal message of love, truth and peace to us.

Ask this question: Do you know Jesus as the true Word, who gives light and life?

Listen to a talking book, download the "Kids Color Me Bible" for free, watch Kid TV Interviews and travel around the world by viewing the "Mission Explorers Streaming Video" at www.KidsTalkAboutGod.org. Bible quotations are from the New King James Version, unless otherwise noted. To find out more about Carey Kinsolving and read features by other Creators Syndicate writers, visit the Creators Syndicate website at www.creators.com. 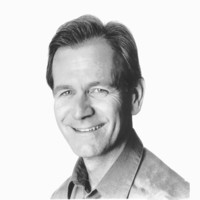