"So tell me, America, how do I introduce Joyce?"

I posed that question back in May 1992 in the first column I ever wrote. That debut was an earthshaking breakthrough — a nationally syndicated, weekly column in mainstream newspapers about life from a gay perspective.

Over the next 18 years — and about 900 columns — I introduced my readers, mostly heterosexuals, to a gay couple — Joyce and me — and countless other wonderful people we met along our journalistic adventure.

One was 87-year-old Christine Burton, creator of Golden Threads, a pen pal group for older lesbians. When I asked her about dating a mere 58-year-old, she laughed: "If you're going to blame me for robbing the cradle, I'm going to say, 'What do you want me to do? Rob the grave? Everyone my age is dead.'"

Another was a mom who'd embraced her gay adult child with the help of P-FLAG and sported a button that read, "I'd rather have a bigot think I'm a lesbian than a lesbian think I'm a bigot."

Gay readers told me about coming out — and its rewards. Hampton H. Stennis, who took President George W. Bush's war on gay marriage very personally, shared his "Big Gay Letter," which he sent as a coming-out email full of fury, wit and pain to more than 120 relatives and friends.

Heterosexual readers were game, too. One of my favorites was Harry Guest, who at 80 started sparring with me. "Remember the agenda; the purpose is to straighten out us straights. ... I don't know why I am hetero except it seems perfectly natural, and I wouldn't have it any other way. You have to teach me that you feel the same way."

Others were angry to find a lesbian columnist in their hometown paper: "How dare you make your life seem interesting and worthwhile."

Since my column began 18 years ago, so much has changed legally, politically and socially for those of us who're gay: Then, presidential candidate Bill Clinton was quietly saying gays should be allowed in the military; last week, the full House and the Senate Armed Services Committee voted to repeal the ban on gays serving openly. Then, state legislators and judges routinely pointed to sodomy laws in denying basic rights; now, thanks to the Supreme Court, no such taint of criminality shadows gay Americans.

And of course, then, the question of how to introduce Joyce had no easy answer. Readers offered plenty of ideas, from "partner in perversity" to "lovemate." In 2001, the Netherlands started the gay-marriage snowball rolling. We wed in Canada two years later. So, now the answer is "spouse."

What hasn't changed is the importance of being out. Poll after poll shows that people who know gay people are far more likely to support equality. That's the community service reward of coming out.

Other rewards are personal. I once wrote about our kitchen's "travel wall," which is covered with vacation photos of Joyce and me. A reader responded with a heartbreaking confession: She and her partner of two decades were so closeted they had no pictures of themselves together. None.

Mixing shame and fear inside a closet poisons individuals and couples. If you're stuck there, seek coaching from joyfully, openly gay couples. Beyond that, as Betty Berzon, author of "Permanent Partners," so wisely urged, pool your money, work as a team and assume permanence.

Now, as I write my last column, Joyce and I are preparing for our newest adventure: Thanks to the Neiman journalism fellowship I've won, we're moving to Massachusetts for a year. Imagine living where your marriage is recognized. We're definitely game.

This happily married gay couple leaves you with a few words we've tried to live by ever since 1992: Don't let fear choose your path. 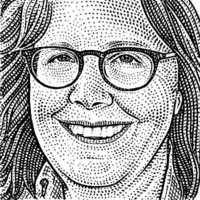