"Di Palo's Guide to the Essential Foods of Italy: 100 Years of Wisdom and Stories from Behind the Counter" by Lou Di Palo with Rachel Wharton (Ballantine, $28).

Lou Di Palo doesn't look 100 years old, but he is well versed in a century of tales from four generations of his family who have owned the still-thriving Di Palo's in Little Italy since 1910. He, with his brother Sal and sister Marie, have been the ones running the show behind the counter of the famed Italian specialty market for 40 years.

In fact, the 61-year-old Di Palo likes to joke that he has worked in the family shop for 62 years.

"When people ask me how many years I've worked in New York City's Little Italy ... I usually ask them to guess," he wrote. "'I'm going to give you a clue,' I say to them, 'I am 61 years old.' The real answer, I eventually tell them, is 62. I've been behind the counter since before I was born. My mother worked at Di Palo's until the day she went to the hospital to give birth to me."

His book is a truly tasty way to learn the language of Italian foods and how to apply them in recipes, a love he also passes on as an Italian-food educator and consultant for supermarkets, trade associations and as a culinary ambassador for the country of Italy.

First, Di Palo tours you through the regions of Italy and the delicacies for which they are famous. Next, it's on to individual chapters about important foods and ingredients, like mozzarella, ricotta, olive oil, prosciutto, pasta and even sea salt.

Just like all the other ingredients, Di Palo knows his sea salts and wants you, too, to understand the products you might notice in the supermarket in this now popular worldwide "foodie" category. He gets his information from trustworthy sources, for instance, the experts in "Trapani, a rugged and remote province on the western coast of the island of Sicily. The Commune di Trapani, or the capital city of the province, is so far west it is actually closer to North Africa than the Italian mainland."

His tales of Sicily's best anchovies and sardines illustrate the power of sea salt from the sea and desert-like area of Trapani (which you just may be tempted to visit, as I am, after reading Di Palo's beautifully descriptive writing) and heed his advice on how you should shop for it and use it. Are Di Palo's recipes standouts? Decide after you try this Trapani-Style Salted Sea Bass. It's outstanding, even though Di Palo admits that "the flavor of (sea bass) in the United States won't be as intense as the ones that thrive in the saline environment of the (Trapani) sea flats."

Preheat oven to 400 F and cover a sheet pan with parchment paper.

Wash the sea bass, pat it totally dry with paper towels and place it in the middle of the parchment-paper-covered sheet pan. Sprinkle each side of the fish with black pepper and insert a garlic clove and thyme or oregano inside the cavity.

In a large bowl, blend the sea salt and 1 / 2 cup of water until all the salt is moistened and the mixture feels like a thick paste. If it's too wet, add more salt; if it's too dry, add a little more water, stirring to mix.

Cover the fish completely with a thick layer of the salt paste, making sure there are no holes at the head, tail or sides. Let it dry for 10 minutes.

Bake fish for 15 minutes. Bring platter to the table and gently remove the crust from the fish and serve as you would for any whole fish, being careful of bones.

Boil onions unpeeled until you can pierce them with a knife, about 7 to 10 minutes, then let it cool.

Heat the olive oil over medium heat in a large saute pan. Peel the cooled onions, add them to the pan, and saute until they just begin to brown and sizzle. Add vinegar and simmer until the sauce glazes the onions, just a few minutes. Serve warm or at room temperature as part of an assortment of antipasto. 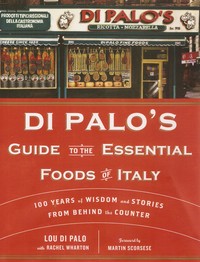 Lisa Messinger is a first-place winner in food writing from the Association of Food Journalists and the author of seven food books, including "Mrs. Cubbison's Best Stuffing Cookbook" and "The Sourdough Bread Bowl Cookbook." She also writes the Creators News Service "After-Work Gourmet" column. To find out more about Lisa Messinger and read features by other Creators Syndicate writers and cartoonists, visit the Creators Syndicate website at www.creators.com. 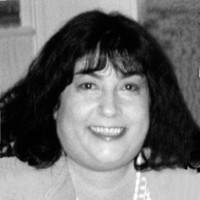