My boyfriend works at a hardware store and can fix things, and in the past six months, his sister and her husband have asked him to install their new kitchen faucet, mend their fence (with the husband's help), and assemble a lawnmower. They are lawyers and could afford a handyman. Instead, they feed him a crappy $15 meal, despite knowing that we struggle to make ends meet. They do invite us to dinner parties, and he lived at their house rent-free for six months when he moved here for college. He generally isn't a pushover but says, "You're always supposed to help family." I also think he enjoys helping them, but when your family has far more money than you, shouldn't they be helping themselves? When I bring up their taking advantage of him, it always causes a fight because he won't see my point of view. — Frustrated

When you're invited to somebody's home for dinner, good manners dictate that you bring something, but maybe a bottle of wine or a pie, not a shovel so you can dig the hole for their new septic tank: "Dinner will be served after a little light plumbing."

The way you see it, unless a person's relative is Jimmy Carter, he shouldn't be inviting them over for an afternoon of home improvement. Well, that's how it works in your boyfriend's family culture. Their way isn't wrong; it's just different from your way. But perhaps because you're focused on the tumbleweed blowing through your bank account, you're succumbing to "confirmation bias," our tendency to cling to information that confirms our beliefs and shove aside information that doesn't, like how these two previously "exploited" your boyfriend by letting him live rent-free at their place for six months. Chances are, this has more than paid for his occasional handymanning. And while he's got a way with a screwdriver, I would guess that if he had a legal issue, sis would help him and follow up with a hug instead of a bill with a threat to ruin his credit if he doesn't pay within seven days.

The issue you should be worried about is tucked in at the end of your letter. It's your style of conflict resolution, which appears to be, "There are two ways to see an issue, my way or my way." This is a viable strategy if you've just mounted a successful military coup on a small Central American nation. It's far less effective when you're in a relationship with a man who is able to open doors and walk through them carrying boxes of his stuff.

Every relationship comes with unsolvable problems. Identifying this as one of them should help you stop badgering your boyfriend to change, which will only change your feelings for each other from loving to resentful. You should also figure out the fears behind your stance. (Money worries? The worry that "family first" means he won't be there for you?) Telling him your fears will allow him to listen and reassure you in a way he can't when you're nagging him to stop being there for people who matter to him. Ironically, evoking his sympathy is also the one way you might get him to stop automatically saying yes to "We'd love to see you, little brother!" and then the inevitable Part B: "...because the washing machine is making this sound like people being tortured in hell."

I've been seeing this fantastic guy, "Eric," for three months, and we're starting to feel like a couple. But a year ago, before we met, I made out with a friend of his at a party. I don't want Eric to find out and think I hid something from him. How should I go about telling him? — Uncomfortable

What barely happened in Vegas should also stay in Vegas. Yes, you and your boyfriend's friend had that special sort of attraction that leads two people to leave a party and never bother seeing each other again. Assuming there's no danger you'd run off with his friend, running off at the mouth would just give your boyfriend an icky visual to replay in his head and probably an icky feeling to go with it whenever you and his friend are in the same room. It's also unlikely that anybody would disclose this to your boyfriend, and even if they did, what would you be guilty of, pre-cheating on him? ("A year ago, my third eye was acting up, and I failed to foresee meeting you before I got a little drunk and made out with somebody you knew.") In general, it's best to avoid offering anyone details from your sex life unless they are your gynecologist or could catch something from you that would lead to a visit from a guy in a beekeeper suit from the CDC.

Got a problem? Write Amy Alkon, 171 Pier Ave., #280, Santa Monica, CA 90405, or email [email protected] (www.advicegoddess.com). Alkon is the author of "I See Rude People: One Woman's Battle To Beat Some Manners Into Impolite Society." 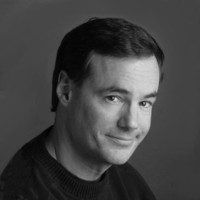