As a child growing up in Detroit and Boston, I had many opportunities to experience the ugly face of racism and witnessed the devastating toll exacted by its mean-spirited nature.

I was a victim of the racism of low expectations for black children, but in retrospect, I can see that many of those attitudes were based on ignorance. Large numbers of white people actually believed that blacks were intellectually inferior, and there was a host of other inaccurate beliefs that whites held about blacks and that blacks held about whites.

Many of those misperceptions probably would have persisted if measures had not been taken to abolish the separation of the races. One of those measures was affirmative action, which was based on the admirable concept that we should take into consideration inherent difficulties faced by minorities growing up in a racist society.

I believe that I benefited from affirmative action. When I applied to Yale University, I thought my chances of being accepted were favorable only because I was somewhat naive about admissions requirements for a high-powered Ivy League institution.

I graduated third in my high school class rather than at the top, largely because my sophomore year was a total waste after I got caught up in the negative aspects of peer pressure and abandoned my studies for the sake of social acceptance. I had a healthy grade-point average by the time I graduated, and one of the Detroit newspapers printed an article that stated I had the highest SAT scores of any student graduating from the Detroit public schools in 20 years. I was also the city executive officer for the ROTC program and had a long list of extracurricular activities.

In my mind, I was pretty hot stuff. Only after I got to Yale and became cognizant of my classmates' many accomplishments did I realize that the admissions committee had taken a substantial risk on me and that I had been extended special consideration. My early academic experiences were traumatic, and but for the grace of God, I would have flunked out.

Fortunately, I was able to adjust to the academic rigors necessary to qualify for medical school admission at the University of Michigan. Medical school was transformative, and I was subsequently accepted into the selective neurosurgical residency at Johns Hopkins. By that time, no special considerations were expected or needed.

Today, there are many young people from a variety of racial backgrounds who are severely deprived economically and could benefit from the extension of a helping hand in education, employment and other endeavors. Such extra consideration is actually helpful to all of us as a society. For each individual we prevent from going down the path of underachievement, there is one less person who will need support from governmental entitlement programs. More importantly, there is one more person who may make substantial contributions that benefit mankind.

The real question is this: Who should receive extra consideration from a nation that has a tradition of cheering for the underdog? My answer to that question may surprise many, but I don't believe race determines underdog status today. Rather, it is the circumstances of one's life that should be considered.

For example, let's take a child who is a member of a racial minority with parents who are successful professionals who have given their child every imaginable advantage. The child applies to a prestigious university with a 3.95 grade-point average, excellent SAT scores and a great record of community service. This child would obviously be an excellent candidate for admission.

Let's take another child who is white, but whose father is incarcerated and whose mother is an alcoholic. Despite these disadvantages, the child still has a 3.7 grade-point average, very good SAT scores and a resume that includes several low-paying jobs. Without taking any other factors into consideration, the choice is clear: The first student would be admitted over the second.

I call this "compassionate action." Such a strategy demonstrates sensitivity and compassion, as well as recognition of substantial achievement in the face of difficult obstacles. The groups who benefit from compassionate action will probably change over time, depending on which ones have the greatest number of obstacles to overcome. The point is, it's time to be more concerned about the content of character than the color of skin when extending extra consideration.

Some people are still willfully ignorant and wish to look at external physical characteristics in determining a person's abilities. These people are unlikely to change even when equipped with information, because they already think they possess superior knowledge and wisdom. All we can do is pray that someday, they will have a change of heart. 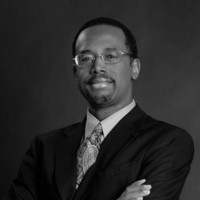