Q: Mrs. Maisel, my small, 2-year-old mixed-breed dog, died soon after chewing a toad. She didn't swallow it, but I think it released some sort of toxin, because within a few minutes, she fell over, had a seizure and died. What happened? I know toads don't cause warts, but could this toad have actually killed her?

A: I'm so sorry to hear about Mrs. Maisel's death, which must have been traumatic for you to witness. It certainly is possible that toxins produced by the toad caused her death.

All toads of the genus Bufo produce these toxins, but the most dangerous toad species are the marine, or cane, toad and the Colorado River, or Sonoran desert, toad. In the U.S., populations of these toads are highest in Florida, Texas, Hawaii, California and the Southwestern states.

Toad toxins, including bufotoxin, bufotenin and bufagenin, deter predators, aiding the toad's survival. Large quantities of the poisons, which are produced by glands on the back of the head, are expelled when the toad is under duress.

Predators — in this case, Mrs. Maisel — are exposed when they mouth or ingest the toad. The toxins cross the lining of the predator's mouth, esophagus and stomach, quickly entering the blood.

Signs of toxicity begin almost immediately with drooling, and within 15 to 20 minutes, they progress to irregular heartbeat, breathing difficulties, vomiting, disorientation, loss of coordination, muscle tremors and seizures. Immediate veterinary care is often successful at saving the pet's life.

Toads are most active at night and after rain showers. When they sit in puddles and outdoor water bowls to absorb water through their skin, their toxins contaminate the water.

To protect dogs and cats, don't leave outdoor water bowls unattended unless they are placed on raised, toad-proof pedestals. Don't let pets drink from puddles, and most importantly, don't allow them to play with or eat toads.

Q: Clover, my indoor cat, sits in a south-facing window, soaking up the sun and watching the birds in a nearby tree. Do I need to worry about her getting skin cancer, or does window glass block the harmful ultraviolet rays?

A: Rays in the ultraviolet A and ultraviolet B wavelengths cause sunburn, eye damage and skin cancer. Window glass blocks almost all ultraviolet B rays but only one-third of ultraviolet A rays, which penetrate deeply into the skin and can cause cancer.

The regions most often affected are the cat's nose, ears and other areas where hair is sparse or pink skin lies beneath white hair.

Clover would be unhappy with me if I advised you to close the curtain all day, but doing so between 10 a.m. and 3 p.m. would cut her risk while still allowing her to enjoy some sun and watch the birds at other times.

A better option may be to apply ultraviolet-blocking film to the window. It's transparent, so Clover will still be able to see the birds, and it will let some of the heat through. But the film will completely block the ultraviolet light, protecting Clover and, at the same time, preventing your upholstery and carpeting from fading.

Another choice is pet sunscreen. Since some ingredients are toxic to cats that ingest them while grooming, choose a product labeled for cats. 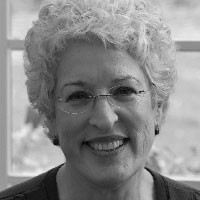