Porcelain Vase Made in France

Q: I have enclosed a photo of a porcelain vase that I've had for years. It stands about 7 inches tall and is 6 inches in diameter. It is decorated with hand-painted, beige flowers, vines and green leaves against a cream-colored background. The top has a raised, gold pattern between two gold bands. "J - P - L - France" is written on the bottom in green.

Anything you can tell me about my vase will be appreciated.

A: Jean Pouyat Porcelain Co. made your vase. The Pouyat family had been associated with porcelain since the 1700s. He founded his company in Limoges, France, in 1842. When he died, in 1849, his sons managed the factory. They successfully exported large quantities of white ware and decorated porcelain to send to the United States in the late 1800s. The Pouyat factory joined with several other firms and finally closed in 1932.

Q: I have drawn the mark that is on the bottom of a Fiestaware mixing bowl. It was my grandmother's and has been passed down to me. It is yellow, measures over 8 inches in diameter and stands at almost 3 inches tall. Even though it has been used by three generations, it is still in mint condition. I would never part with it but would like to know more about its history.

A: Your bowl is part of the Fiestaware line that was made by the Homer Laughlin China Co. It was made for the General Mills Co. in Minneapolis. Betty Crocker is their trademark. She was created in 1921 to give a face to their cooking products. Her name was on recipe books, bowls, electric mixers and coupons. Their coupons were included with their baking flour and could be redeemed for savings when purchasing flatware. Crocker was portrayed by Adelaide Hawley Cumming on TV from 1949 to 1964. She also appeared on other popular TV shows and, for a time, had her own show. Some can remember her on an early commercial broadcast in color, introducing her "Mystery Fruitcake." The recipe started with her honey spice cake mix and was touted as a "never-fail cake." It was "grandmother good" and liquor-free. The letters "G M I" stand for General Mills Industries.

Your Fiestaware mixing bowl was made around 1940 and would probably be worth $25 to $50. 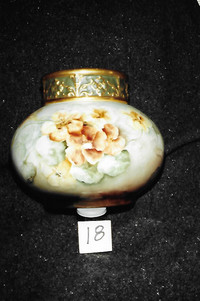 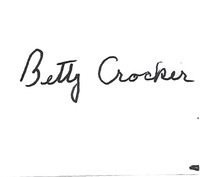 Betty Crocker mixing bowls were made by Homer Laughlin China.