I Had Surgery and I Miss the Drugs

I had surgery last week to remove fibroids from my uterus — a fairly common procedure — and discovered two things. One, I didn't have fibroids. And two, I can see the appeal of drug addiction.

I've written previously about my husband and my struggle to become pregnant. Initially, from listening to me perform my one-woman show in his office called, "Let Me Tell You About My Periods!" ("A Bloody Hit!" said The Sun) the doctor thought I had polyps, which are little fleshy protuberances, in my uterus, and I'm sorry if you're eating.

After doing an HSG test, where they shoot dye into your uterus and take images, he thought instead I had fibroids. Both are enough to cause havoc to your cycles and prevent pregnancy, but fibroids are a little harder to remove. I'll spare you the various analogies the doctor used but let's just say I've been forced to imagine my lady parts as a golf course, an irrigation system and a quarry. I'd taken to referring to my uterus as a "sack of rocks."

On Thursday, said sack of rocks and I showed up at the hospital, thirsty as hell since you can't drink anything for hours ahead of time, and pretty nervous because I'm afraid of sharp objects near my body. The first thing we were greeted with was a harried nurse saying they'd been looking for me. There was a change in the schedule and they wanted to see if they could move my surgery up and they were trying to reach the doctor. Long story short, they prepped me super quickly and then I sat there wearing a shower cap with an IV in my arm until the time the surgery was originally scheduled plus 15 minutes because the anesthesiologist was running late. I spent 80 percent of this time staring at the IV in my arm convinced I could feel it — because I could and because philosophically, spiritually and conceptually a tube in my arm bothers me — but then declining their offers to put it in another place because I was afraid of going through another IV insertion even though they numbed me. Also I took a lot unattractive selfies trying to find one that I could put on Instagram, but I couldn't find a flattering gurney angle, so I had to bury my phone in a ditch.

Finally, everyone arrived, and it was time to get this over with. I've only had general anesthesia once before, and it was OK. However, I was wide-awake when I was wheeled into the OR and I remember the switch from consciousness to unconsciousness in vivid detail. I remember coughing when the gas mask was lowered; I remember a burning in my hand when the propofol was given and then blackness. This time it was much more gradual and preferable.

The doctor gave me a sedative before wheeling me into the OR and it hit pretty fast. I was aware of arriving in the OR, but I felt so warm and relaxed — like my body was melting into the table and all I wanted to do was sleep and good news, I get to! I wasn't scared anymore. In fact, I was so contented I began thinking of disturbing things just to test the emotional numbness.

I thought of my sweet dog Oliver who was attacked by an off-leash malamute, went into kidney failure and had to be put down weeks before and whose death has leveled my husband and me. I played back the most upsetting things I witnessed. I purposely conjured the euthanasia — the way he went from nearly comatose to sitting upright and yelping as if in pain after the vet pushed the euthanasia drug into his IV. It was awful, and normally I can't think of it without feeling a gut-wrenching combination of guilt, sadness and anger, the words "guilt" "sadness" and "anger" hardly doing justice to the intensity of emotion. But here I could think of it without having any reaction at all. It was like a bulletproof vest for my mind, and whatever that drug was, I would like to buy a swimming pool's worth of it.

Anyway, a short time later — shorter than expected — I was shivering in the recovery room and being told it was polyps, not fibroids. Each person who told me referred to this as "good news" as in, "Did you hear the good news?" but I was still too out of it to really absorb the fact that because it was polyps, recovery would be easier (the surgery itself was easier) and my uterus would be in better shape for eventual pregnancy. See, here's where I think I'm supposed to say that the thing about drugs is they protect you from feeling negative emotions but they rob you of the ability to feel the good ones, too. I received good news and really didn't care.

So I know I'm not supposed to say this, but really, I'd be willing to let a few of the good ones go if it meant not having to feel the bad ones. It's a good thing whatever drug they gave me isn't available on the street. Unless it is, in which case, let me know. 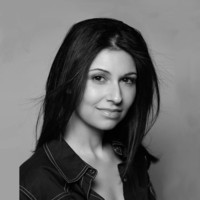