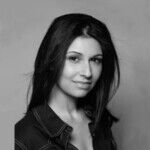 Alison Rosen is a writer, TV personality and podcaster best known for her podcast, “Alison Rosen Is Your New Best Friend,” which has over 25 million downloads, as well as being the former “newsgirl” and co-host of “The Adam Carolla Show.”

Alison’s roots are in traditional media: She began her career as a professional journalist early, scoring a contributing writer byline for the Los Angeles Times while still in high school. Her work has appeared in Rolling Stone, People, Seventeen, Elle, the New York Post, Vibe, Spin, Maxim, the Village Voice, The Huffington Post, OC Weekly, Time Out New York, Yahoo and Bon Appetit, among others.

Alison has built a loyal following through her blogs, videos, social media and interactive Ustream show (the precursor to her podcast), for which she was dubbed “the future of television” by former AOL CEO Barry Schuler.

She has also carved a niche for herself as a pretty, comical, slightly devilish TV personality.

Years ago, she played in a band, which she likes to mention because it sounds cool. And she was born in Oakland, which she believes gives her cred even though she only lived there for seven months.

Alison currently resides in Los Angeles with her husband, baby and dog. She always gets lost, even though she has GPS. 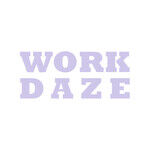 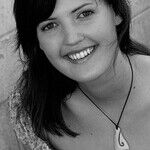 With a chill in the air and Halloween just around the corner, one thing is abundantly clear: It's butterbeer season! Harry Potter fans are intimately aware of butterbeer. We salivated over J.K. Rowling's pages, reading about our magical heroes ventur... Read More

Gratitude is a word you hear bandied about quite a bit, and for good reason, I suppose. I mean, I get that it would be good to be grateful for all you have instead of bitter about all you don't; grateful for the things that have gone well in your lif... Read More

I had surgery last week to remove fibroids from my uterus — a fairly common procedure — and discovered two things. One, I didn't have fibroids. And two, I can see the appeal of drug addiction. I've written previously about my husband and... Read More

As someone who often wears black, I felt pretty set in the apparel department when I made plans to attend an upcoming funeral. At the very least, I figured, I wouldn't have to worry about what to wear. This isn't a feeling I'm accustomed to. I'm us... Read More