Dogs of C-Kennel, created by Mick Mastroianni, was featured as a comic strip in development in February 2007. Syndicated in 2010, the Dogs are now produced by Mick and his brother, Mason Mastroianni, B.C. cartoonist and Wizard of Id Illustrator.

Dogs of C-Kennel follows three dogs who must endure life in an animal shelter. Will, the street-wise pit bull, has found himself living in a concrete cell with a large lovable half-wit husky and a Chihuahua hypochondriac. These three motley mutts and the rest of the colorful cast of inmates struggle to maintain their sanity in the west wing of a sprawling animal shelter.

Whether re-enacting "Saving Private Ryan" in a snowball fight, enjoying "Fun with Shock Collars Friday" or working on their ongoing wall tunneling project, stolen directly from "The Shawshank Redemption," this dysfunctional four-legged family shows us that life in lockdown can be cruel, harsh and usually hilarious!

View More from Dogs of C-Kennel 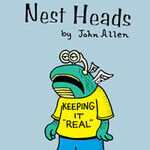 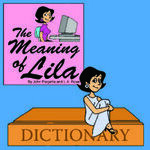