Mick Mastroianni was born in 1982 in upstate New York. An active child with a passion for cartooning, he was an artist and a dog lover. After high school, Mick traveled to Orlando, Florida, to become a stuntman and precision driver. His efforts landed him a role in an independent film and several TV spots, including a national commercial with Derek Jeter.

While attending stunt school, Mick's passion for dogs led him to volunteer at the Orlando SPCA. Having grown up reading B.C., Garfield and Mother Goose and Grimm books in bed every night, an idea for a comic strip began taking shape in his head. For a year, Mick developed the characters and wrote gags, filling several notebooks with Dogs of C-Kennel comic strips.

Missing home and family, Mick returned to New York to attend college. With his grandfather Johnny Hart as his mentor, Mick continued to round out his characters and ideas. And in February 2007, Creators Syndicate began featuring Dogs of C-Kennel on their web-site as a comic strip in development.

When Hart passed away, Mick's brother, Mason Mastroianni, returned home to take over the duties as B.C. head writer and cartoonist. Mick asked Mason to come on board as illustrator and to help further develop the look of Dogs of C-Kennel.

Besides writing Dogs of C-Kennel , Mick is head writer for Wizard of Id  and a contributing writer for B.C.  Mick currently resides in Binghamton, N.Y., where he has earned awards for his paintings and works of sculpture at Broome Community College. 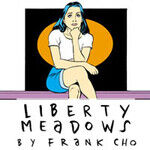 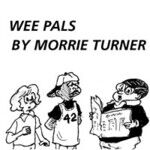