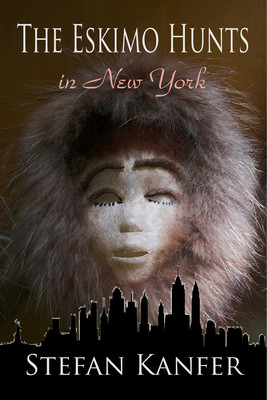 Jordan Gulok is an Inuit, an Eskimo in common parlance, and a former Navy SEAL. In his freelance capacity he can do things—like tracking and on occasion killing malefactors—that are beyond the authority of the uniformed services. Jordan has an expense account and liberty to travel throughout the U.S. In turn, the U.S. government has plausible deniability should he ever get caught stretching or violating the law.

In “The Eskimo Hunts in New York,” Jordan’s assignment involves stopping a lethal international group who’s manufacturing illegal and sometimes toxic pharmaceuticals and selling them to victims in Africa, Asia, Europe and America. In one of the worst blizzards in the City’s history, subways, buses and taxis become useless. Even fire trucks and police cars are rendered immobile. But for Jordan cold weather is only a minor obstacle; after all, he grew up hunting polar bear and reindeer on ice and snow.

His targets are managing a multi-billion dollar business that has killed thousands, and they soon become aware of him as their Enemy Number One. The idea of a lone man bringing down their organization is unthinkable. In previous cases, Jordan always acted alone, but as the cartel closes in on him, he turns to Rose Ho, a possible love interest and operative in a regional office of the Department of the Navy.

Rose has great connections—for example, her wealthy father is the unofficial mayor of Chinatown—but are all her connections among the good guys? Can she provide the help he needs, or is she trouble in a green silk skirt?