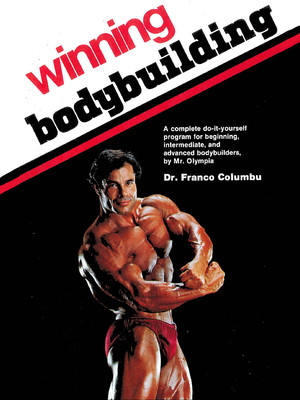 Dr. Franco Columbu, internationally known bodybuilding champion, has written a book that provides a commonsense approach to training with weights — whether for competition or just to get into shape. Columbu is a two-time Mr. Olympia winner who first wrote this book in 1977, when it sold 500,000 copies. Creators Publishing has brought it back with the paperback, ebook and audiobook. In the audiobook, recorded with Rick Newcombe, cofounder of Creators Publishing, Franco answers many questions to update his training advice and tells stories about what life was like during the Golden Age of bodybuilding. The audiobook contains priceless stories about the young Franco and his best friend, Arnold Schwarzenegger, when they first arrived in America from Europe. The book is loaded with useful information for getting in shape, and it is very inspiring for training!

Dr. Franco Columbu, internationally known bodybuilding champion, has written a book that provides a commonsense approach to this much-misunderstood sport. He discusses in detail such diverse aspects as nutrition, attitude, and actual physique-contest preparation, along with complete bodybuilding programs at beginning, intermediate, and advanced levels.

Exercises to develop every major muscle group in the body are described and illustrated (in sixty-five stunning black-and-white high-definition photographs). Columbu includes the why as well as the how of these championship techniques, points out common mistakes and misconceptions, and offers' practical advice to potential bodybuilders on training for personal rather than contest purposes.

For bodybuilders at every level of achievement, for athletes of every persuasion, and for all people interested in the science of the body in action and the art of the body in repose, Winning Bodybuilding shows that bodybuilding is the ultimate challenge in athletics.

Dr. Franco Columbu is considered the world's strongest bodybuilder and has been a repeat winner of virtually every prestigious title, including Mr. Universe, Mr. Europe, Mr. World, and Mr. Olympia. Columbu is the author of Coming On Strong, Weight Training for Young Athletes, Winning Weight Lifting and Powerlifting, and Franco Columbu's Complete Book of Bodybuilding.He is also a Doctor of Chiropractic and has a successful practice in West Los Angeles. 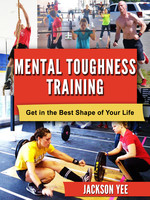