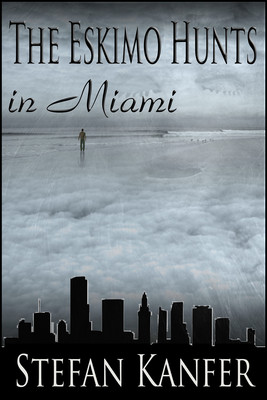 While on R&R in Miami, Jordan meets the boozy Niven Moorhead, a colorful former foreign correspondent and full-time alcoholic, who alludes to a plot that could threaten American security. Later Niven’s body is found on the outskirts of Lemon City, which some call Little Haiti. He was slain in a bloody, ritualistic manner. The official report called it a voodoo rite, and the papers and TV news run with it.

Among those who doubt the official story are members of the resentful Haitian-American community. The most articulate objector is Claudette Basile, a singer in Savanette, a popular nightclub. She gives investigators a hard time when they question her after a gig. Jordan is at a nearby table, and he strikes up a conversation when the cops depart.

Claudette tells him what she figures is really going on, even though she has no proof. For many reasons, some obvious, some not, she intrigues Jordan. He starts to investigate on his own, and then asks for Claudette’s help. They conclude that the animal bones, mutilations and indecipherable drawings were bogus artifacts, designed to mislead detectives and journalists.

As they dig deeper, they find that the trio of murders were actually the work of a lethal organization much closer to home. Somehow, Niven had stumbled onto the truth about the Four One Sevens, a covert society founded by survivors of The Bay of Pigs. The number stands for April 17, the day everything went wrong on the beaches of Cuba.

Now that the Castro brothers are aging and losing political control, the members of the Four One Sevens stand ready to pounce. Best of all, it requires no help from the Pentagon.

Claudette and Jordan have edged close to the stratagem and even closer to each other. Working with her friends—who don’t much approve of the romance, but need Jordan to prove their innocence—they manage to bug an underground meeting. Their leader, Tito Sanchez, reminds his followers that their real strength is their ordnance. The Four One Sevens have accumulated rocket launchers, Uzis, anti-tank weapons, bombs, thousands of rounds of ammunition, and even six MIGS, brought over in pieces from Europe and the Far East, then assembled in abandoned private hangars in Georgia and Florida.

Tito, backed by a council of fellow officers, is certain that the time is ideal for a second invasion. This one will be equipped with well-armed boats and air coverage. The Four One Sevens have good reason to believe they won’t fail: Representative Ewen’s wife is on their payroll. They’ve been paying her under the table for more than a decade.

She let it be known which armories were poorly guarded according to Eyes Only federal reports, whereupon the Four One Sevens made successful raids, coming away with weaponry and ammo.

Jordan manages to get through to Washington, requesting backup. The need is urgent: the Four One Sevens have learned that the SEAL and his girlfriend are onto them. They’ve cordoned off the area and started to close in.

As the countdown begins, Beltway officials demand hard proof of the invasion. This Jordan cannot furnish; as usual, he’s going on instinct. Because the evidence is circumstantial and possibly coincidental, and because the diplomacy is delicate, Washington rings off. He’s on his own.

Jordan and his ally have to come up with a solution for the Four One Sevens. If they don’t succeed in their goal, the para-militants will bring fresh hell to the Caribbean. The romance, of course, is doomed. The counterplot is not. And then Jordan is off to the Twin Cities.