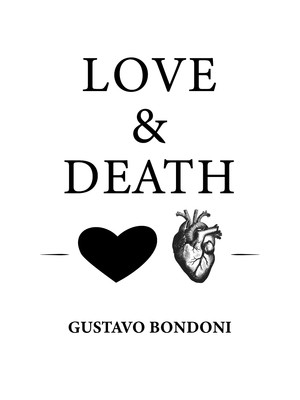 A collection of linked short stories, Love and Death weaves together the lives of several characters around the themes of—you guessed it—love and death. Focusing on moments that define entire lives, for good or ill, it shows us humanity at its best and at its worst.
Each page holds a vivid reminder that real life is interesting and magical, if occasionally tragic. From a poor prostitute to a reformed father to a rich teenager, all the characters’ fates are connected—if often without their knowledge.

Gustavo Bondoni is an Argentine novelist and short story writer who has recently published two other novels: Siege (2016) and Outside (2017).  He has nearly 200 short stories published in fourteen countries.  Many of the stories are collected in Tenth Orbit and Other Faraway Places (2010) and Virtuoso and Other Stories (2011).  The Curse of El Bastardo (2010) is a comic magic-realist novella.  You can read his latest news at gustavobondoni.com.

The Nude on the Postcard