Terry Savage is a nationally known expert on personal finance and a regular television commentator on issues related to investing and financial markets.  Her syndicated personal finance column for the Chicago Sun-Times is read in newspapers across the country, and her columns appear regularly on TheStreet.com, the popular investing website.  She also posts commentaries and answers questions at her website www.TerrySavage.com.

Terry’s latest book is The Savage Number:  How Much Money Do You Need to Retire?   Within three weeks of publication it hit the “Top 20” list on Amazon.com.    Her previous best-seller, The Savage Truth on Money, was named one of the ten best money books of the year by Amazon.com, and was made into an hour-long television special which aired on PBS.

Terry is a frequent guest on national radio and television shows ranging from PBS' Nightly Business Report to CNN and CNBC.  She’s appeared several times on Oprah!  And she’s the regular substitute host of the nationally syndicated Bob Brinker radio show on ABC radio. And she’s in demand as a speaker at business meetings across the country.

Terry’s financial expertise comes from experience.  She started her career as a stockbroker, and became a founding member -- and the first woman trader -- on the Chicago Board Options Exchange.  Savage was also a member of the Chicago Mercantile Exchange's International Monetary Market where she traded interest rate contracts and currency futures.  She is a registered investment advisor for both stocks and futures.

Terry Savage has won numerous awards, including the National Press Club award for Outstanding Consumer Journalism, and the Outstanding Personal Finance Columnist award given by the Medill School of Journalism at Northwestern University and two Emmys for her television work.

Savage takes an active role in America's business community.  She serves on the Board of Directors of the Chicago Mercantile Exchange (NYSE) and previously served on the boards of McDonald's Corporation for 14 years and Pennzoil-Quaker State Corporation for 5 years.  She was a recipient of the "Director's Choice Award" honoring selected women who serve on America's top corporate boards.

Savage is involved in Chicago’s civic affairs, serving as a director of The Executives' Club of Chicago, Junior Achievement of Illinois and the Northwestern Memorial Hospital Foundation. She is a Phi Beta Kappa graduate of the University of Michigan where she won a Woodrow Wilson Fellowship in American history and economics. 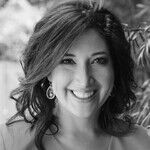 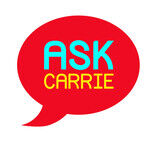 If it's the last thing you do this year, get your finances organized. The week between Christmas and New Year's is the perfect time to finish off those financial leftovers! Do yourself a favor. Stop at an office supply store — or order online ... Read More

Are you expecting a monthly pension check during retirement? If so, better check again. Whether your check is coming from a corporation, a union — or even a state or municipality — some new rules passed by Congress as part of the Omnibus ... Read More

Time is money. And the Millennial generation, which is now making headlines for its low savings rate, seems to have missed that lesson completely. Astoundingly, a new study by Moody's Analytics says most adults under age 35 have a savings rate of neg... Read More

The government always wants its cut. So if you've been saving up for retirement and have reached the age of 70 and 6 months, you now face the monster of Minimum Required Distributions. All that money that grew inside your 401(k) or IRA or 403(b) or S... Read More