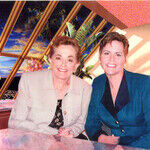 Marilyn Beck and Stacy Jenel Smith have covered the Hollywood beat for decades -- Elvis and "Easy Rider" through the Jonas Brothers and "Avatar," and all the stars and their triumphs and scandals in between. Their Creators Syndicate column, Beck/Smith Hollywood Exclusive, is a source of top celebrity interviews, entertainment industry news and opinion.

Stacy Jenel (pronounced "Janelle") Smith is also a regular contributor to Popeater. In addition, she has authored the weekly syndicated Ask Stacy column for more than two decades, in addition to writing for publications including Guideposts, Emmy magazine, the Los Angeles Times, Reader's Digest, USA Today, TV Guide, People and Us magazines. She has appeared on numerous television and radio shows and as a guest lecturer for professionals groups and university classes. Smith served as a regular correspondent on E! Entertainment Television's "The Gossip Show" for five years, and for two years appeared daily on the Internet's Alternative Entertainment Network (AENTV.com). Twice nominated for the prestigious ICG Publicists Guild Press Award, Smith is a native Angelino, a graduate of the University of Redlands. She has partnered with Beck since 1990. Smith resides in the San Fernando Valley with her daughter, Darcy, who was born in 1991. She is a runner who's completed dozens of races including the Pasadena Marathon. 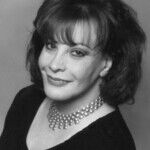 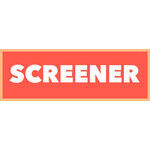 DEAR STACY: I'm so excited for the Mr. Rogers biography with Tom Hanks. Can you tell more about it? Who else is in it and when will it come out? — Darcy R. DEAR DARCY: First, "You Are My Friend" is not a biography per se. It's inspired by the s... Read More

DEAR STACY: I'd like to know whatever became of Timmy Hovey who was in movies in the 50s such as "Toy Tiger." — Pam G., Kingman, Arizona DEAR PAM: After his hugely successful career as a child actor — with credits including Maureen O'Hara... Read More

DEAR STACY: Seeing Sofia Vergara on a recent Hulu commercial made me wonder whatever happened to Charo, who did the same kind of high-energy kookie sexy Latina schtick a few decades back. — Rob B., Ontario, California DEAR ROB: The blond "Cuchi... Read More

DEAR STACY: David Cassidy was on "Celebrity Apprentice." Davy Jones was on a reunion tour with The Monkees. But whatever happened to my other favorite teen idol of the '60s, Bobby Sherman? — Janice F., Spokane, Wash. DEAR JANICE: Now 75 years o... Read More