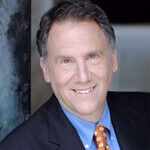 As a business humor writer, Bob Goldman believes that his readers should skyrocket ahead in their careers and make tons of money. What sets Bob apart is his belief that his readers should have these advantages without going to trouble of actually having to do any work. Toward this end, he provides the practical tips and attitude adjustments that guarantee laughter, if not financial success.

Born in White Plains, N.Y., Bob graduated from Colorado College. Using the writing skills he honed while not doing any schoolwork, he crafted an essay that gained him admission to the prestigious University of Chicago School of Business. Intent on proving his success-without-effort philosophy, Bob ended his first semester with four F's and one D, prompting his adviser to comment, "You obviously spent too much time on one subject." Sensing that his gifts might be better applied to the practical world of business, Bob left the ivory tower to become a successful advertising copywriter at huge multinational firms in whose bureaucratic superstructure he always found a place to hang his hat--and his hammock.

In between writing ads for detergent and computers, he found time to write articles for The New York Times, the Wall Street Journal, GQ and Rolling Stone. His column, Work Daze, is a finger in the eye for business blowhards and boardroom braggarts.

The father of three children, Bob lives near San Francisco in a newly remodeled house for which he will be paying for many happy decades to come. 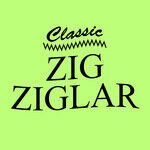 Interested in a job at Google? Like the idea of a ginormous salary, hot and cold running stock options, and a free-for-all, all-you-can-eat cafeteria that would put a Smorgy Bob's to shame? Well, count me out. There was a time when such emollients wo... Read More

It's time to face the music. The elevator music, that is, which will soon be ringing in your ears as you climb on board for a fast trip back to reality. That's right. In the near future, you may be required to leave the cushy cave that has been you... Read More

If a meeting is scheduled and no one attends, is it still a meeting? The answer is yes. It's a meeting and a darn good one, too. Emigrating from our offices may have made it more difficult to get work done, but it has made it a whole lot easier to h... Read More

Tim Herrera must have had a lot of great bosses. In "Managing Up: How to Deal With a Bad Boss During Quarantine," his latest column for The New York Times, Herrera asks if you remember "when you could clear up an ambiguously curt email from your bos... Read More